The Stranger’s insightful feature, "Where Does Your Legal Weed Come From?" takes readers on a tour of Washington's legal mega-farms, and it's guaranteed to make some California growers salivate. 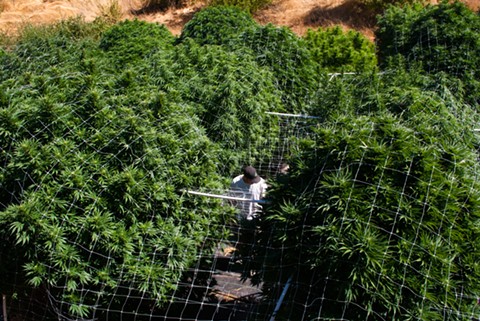 
“Earlier this month, a man jumped over the fence to steal a handful of early-maturing plants. ‘He set off the alarm when he opened the greenhouse,’ says the farmer, pointing to a hut in the corner of his field of pot bushes. ‘The cops were very happy to help me out. He is in jail now.’”