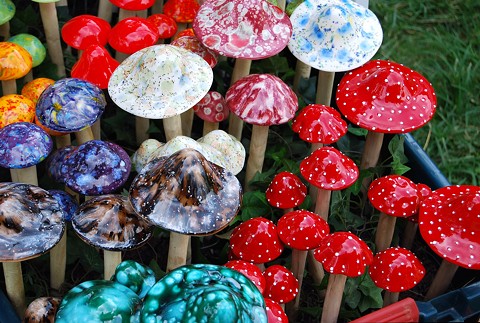 1. Oakland Police raided the Zide Door Church of Entheogenic Plants, a "magic mushroom club," and seized $200,000 in cash, cannabis, and mushrooms, Vice reports. The Oakland City Council recently lowered the enforcement of laws prohibiting the use of psychedelic plants, but not cultivation and sales.

2. Protests in Oakland against the shooting by Kenosha, Wisc. police of Jacob Blake continued over the weekend, the San Francisco Chronicle reports. on Saturday night, one police officer was injured and six protesters were arrested.

3. Oakland officials are counting on the state's Project Homekey program to help purchase dorms and hotels to use as transitional housing, the San Francisco Chronicle reports. Project Homekey was created to use federal CARES Act dollars to help municipalities procure unused hotels to house the homeless during the pandemic. $$

4. The spread of covid-19 in the Bay Area is showing signs of slowing with the Labor Day weekend just around the corner, the San Francisco Chronicle reports. The rate of new cases and hospitalization is dropping, following a statewide and national trend line. In Alameda County, a surge of new cases in mid-to-late July has slowed considerably. $$

5. A member of the Oakland Athletics organization tested positive for covid-19 on Sunday. Yesterday's game in Houston was postponed and the team is being quarantined in Texas until it receives testing results, which come back on Monday showing the number of infections is limited to one individual, Sports Illustrated reports. The A's will not play again until Wednesday.

6. AC Transit buses running through Albany, Berkeley, Emeryville, Oakland, and Alameda received a full cleaning over the weekend after several employees tested positive for covid-19, Berkeleyside reports. The buses are due back on the streets today.

7. SCU Lightning Complex fires in Alameda, Contra Costa and Santa Clara Counties is now 60 percent contained, SFGate reports. The fires have burned more than 383,000 acres and is the second-largest in state history.