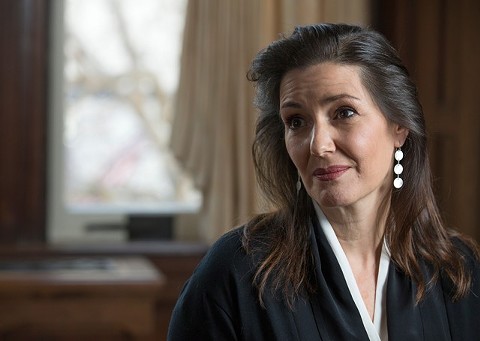 Oakland Mayor Libby Schaaf verbally attacked Councilmember Desley Brooks in a press release on Friday afternoon, calling her "toxic" and the "Donald Trump of Oakland." The press release was intended as a thank-you to Councilmember Annie Campbell Washington, who announced she would not seek re-election this fall. (EBCitizen.com)

A day after Alameda City Manager Jill Keimach admitted to unlawfully recording two city councilmembers without their consent, Alameda City Attorney Janet Kern said she will ask the city council whether they want to refer the case to the Alameda County District Attorney's Office. A special closed session meeting is scheduled for this evening to discuss possible litigation against the city and firing Keimach. Keimach alleges that Kern was aware of her intentions to record Jim Oddie and Malia Vella and that her action was legal. (EBCitizen.com)

In an explosive interview with ABC, James Comey personally attacked Donald Trump, calling him a serial liar who treated women like "meat" and likened him to a mafia boss. He also said that an allegation that Trump cavorted with prostitutes in Moscow left him vulnerable to blackmail by the Russian government. The allegations came to light during a five-hour interview with ABC, the transcripts of which were obtained by The New York Times. As expected, Trump responded by blasting Comey on Twitter, using lots of ALL CAPs and exclamation points. $ (New York Times)

Berkeleyside has raised $1 million from its readers in a direct public offering, making it the first news organization in the country to successfully create such a funding model. The independent local news site hopes to pay 3 percent dividends to its investors while creating a sustainable model for local journalism. (The Daily Cal)

And finally, the Bay Area saw hail this morning as a cold front swept through the region. Watch some kids sled down the street in the Oakland hills. $ (San Francisco Chronicle)

#Hail in the #Oakland Hills this morning. We'd love to see your photos and video. Thanks for sending Corey McLaughlin! https://t.co/0Bc8DurQPK pic.twitter.com/hWDGr3GHro


$ = news stories that may require payment to read.