Monday's Briefing: Oakland greenlights negotiations to sell its half of Coliseum to the A's; Laney College teacher's racist suggestion

African-American businessmen want to bring the NFL back to Oakland 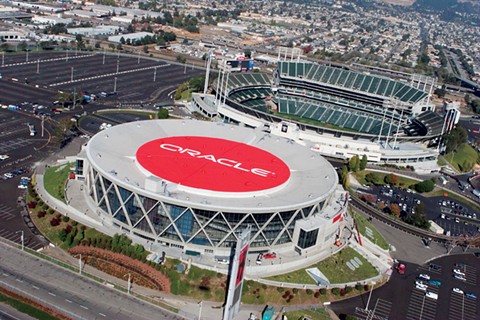 News you don't want to miss for June 22:

1. Oakland councilmembers voted in closed session last week to greenlight negotiations to sell its half of the Coliseum complex to the Oakland Athletics, the San Francisco Chronicle reports. The A's plan to build a new ballpark at Howard Terminal while promoting a new development at the Coliseum site. $$

2. A group of local black businessmen sent a letter to the NFL seeking to bring an expansion team to Oakland, SFGate reports. The group, whose makeup is unknown, would be the first African-American ownership group in NFL history and play at the Coliseum complex.

3. Prior to the Oakland Unified School District's meeting on Wednesday to eliminate its campus police force, the San Francisco Chronicle writes the likely move by the school board is a trend being seen across the state. $$

4. A Laney College faculty member suggested to a Vietnamese student that she change her name because it sounded, phonetically, like a profane phrase in English, NBC Bay Area reports.

5. The dreaded PG&E power shutoffs will return, SFGate reports. The utility's inelegant response to wildfire-prone areas will be shorter in duration and more precise in location, PG&E promises.

6. Instead of cuts to public schools and health care in order to close the state's $54 billion budget shortfall, a deal between Gov. Gavin Newsom and the Democratic-led Legislature will target wage cuts for state workers and elimination of some programs, the Associated Press reports.