Monday's Briefing: Lightning did not strike twice, giving a reprieve for firefighters; Livermore has worst air quality in the Bay Area 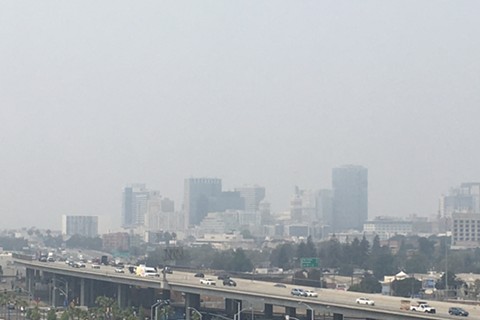 2. Oakland Fire officials are investigating the cause of a house fire in the Oakland hills on Sunday morning, the East Bay Times reports. The home on Leimart Boulevard sustained an estimated $300,000 in damage from the blaze.

3. Although the air quality in Oakland and neighboring cities is quite unhealthy, residents in Livermore and most of east county are suffering from the worst air quality measured in the Bay Area since the spate of fires started a week ago, SFGate reports.

4. An employee at the Alameda County District Attorney's office tested positive for covid-19, the East Bay Times reports. Employees have been told to quarantine. $$

5. Scott Peterson's 2004 death penalty sentence was overturned by the California Supreme Court, CNN reports. The court faulted the dismissal of a juror for stating opposition to the death penalty. Peterson was found guilty of murdering his wife and unborn child in a trial that titillated the public. Both victims were found in the waters near the Berkeley Marina.

6. Fishermen rejoice! Due to the pandemic there has been fewer anglers on the water this summer, which means the upcoming salmon season is a bounty waiting to happen, the San Francisco Chronicle reports. $$