Rented electric mopeds could be coming in Oakland 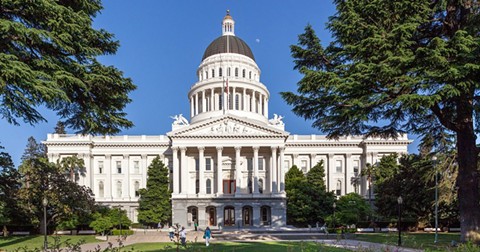 1. State lawmakers return to work in Sacramento today. Among the big issues is a proposed $4.2 billion climate bond, the Associated Press reports. The bond would help the state prepare for potential future wildfires. Any bond would first have to go before voters in the fall.

2. The California Democratic Party settled sexual assault and workplace misconduct lawsuits against its former chair Eric Bauman for $2.9 million, the Wall Street Journal reports. The lawsuits filed by former state Democratic Party employees has been a black eye for the progressive state party. Bauman became party chair in 2017 with the support of local state Sens. Nancy Skinner and Bob Wieckowski amid whispers of Bauman’s misconduct allegations that later became public. $$

4. Shun Zeng, the homicide victim in Oakland’s Montclair District on New Year’s Eve that occurred following the theft of his laptop, was remembered over the weekend, the East Bay Times reports. Police have charged two suspects. Meanwhile, Oakland Councilmember Sheng Thao, who represents Montclair in District 4, is proposing a new policy directive for police officers to return to walking beats in the Montclair District, the East Bay Citizen reports.

5. Could Concord be the Bay Area’s next tech hotspot? Forbes contributor John Cumber writes the Concord Naval Weapons Station could provide the seeds for another housing and tech boom in the East Bay. But union labor and Lennar, the developer of the proposed development that includes 13,000 new housing units, are at an impasse, the Bay City News reports. The issue comes before the Concord City Council on Tuesday night.

6. Lime keeps raising the price of its e-scooters and then there’s tax on its use in Oakland. Maybe adventurous commuters might be interested in upgrading to a rented moped? Revel, a New York startup, recently applied for a permit in Oakland to bring 1,000 electric mopeds to the city's streets, The Information reports.