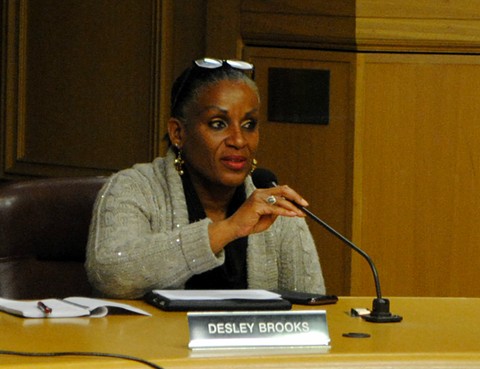 An Alameda County judge said Oakland Councilmember Desley Brooks lied “many times” under oath. The judge's comments came during a trial stemming from a lawsuit from former Black Panther leader Elaine Brown. Judge Paul D. Herbert agreed with jurors, who didn’t believe Brooks was telling the truth about events pertaining to an argument in which Brooks shoved Brown, and that Brooks didn’t show any genuine remorse for her conduct. But the judge also said that if the city drops its request for a new trial, the amount of damages the city and Brooks must pay to Brown will be reduced, to $1.2 million and $75,000, respectively. (East Bay Times)

The head of the Alameda firefighters union alleges City Manager Jill Keimach made false and malicious accusations against him in claiming that she was politically pressured to pick a union-backed candidate as fire chief. Jeff DelBono also accuses Councilmember Marilyn Ezzy Ashcraft of making “false, reckless, malicious and repeated accusations” against him, according to a claim he filed with the city. DelBono is seeking at least $200,000 in damages from the city. (East Bay Times)

Videos show that Oakland police officers visited the Ghost Ship warehouse many times before the deadly 2016 blaze and were aware of the dangerous living conditions there, although there’s no evidence that they notified fire or building officials about it. (Mercury News)

The Berkeley City Council is moving ahead with revisions to its rules regarding sidewalk use directed at its homeless population. Dozens of homeless advocates say the new regulations — which would limit the storage of personal items on sidewalks to nine square feet — will create more problems for the city’s unsheltered residents. (Berkeleyside)

A pilot program of six privately owned security cameras in downtown San Francisco has grown into a network of 350 surveillance cameras that share footage with the police. (SFGate)

A fire at an apartment building in East Oakland over the weekend displaced nine people. The fire in the 3800 block of 39th Avenue was electrical in origin. (East Bay Times)

An unoccupied homemade submarine was recovered from the Emeryville marina. (East Bay Times)

A grey whale was spotted off the coast of Alameda on Friday. (KTVU)