Monday’s Briefing: ICE raids have yet to materialize in the Bay Area; 2,200 acres of open space coming to Concord 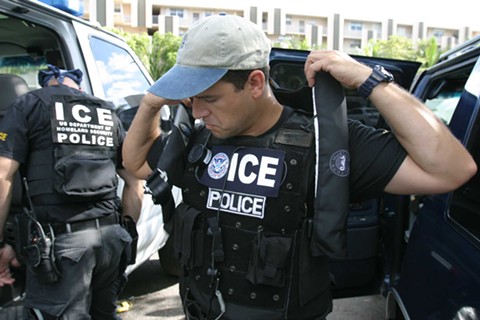 News you don’t want to miss for July 15:

1. There were no confirmed reports of U.S. Immigration and Customs Enforcement (ICE) agents in the Bay Area, KPIX reports. On Saturday, a federal judge placed a temporary restraining order prohibiting ICE from removing an undocumented immigrant without first giving them an opportunity to speak with an attorney.

2. More than a year ago, President Trump urged then-attorney general Jeff Sessions to charge Oakland Mayor Libby Schaaf with obstruction of justice when she alerted undocumented immigrants in the Bay Area of impending ICE raids. The Los Angeles Times notes the irony of Trump who, himself, alerted the nation last Friday that raids were to begin on Sunday. $$

3. The East Bay Regional Park District is moving forward with a plan to transform more than 2,200 acres of the former Concord Naval Weapons Station into a regional park, Bay City News reports. A ceremony was held last weekend for the transfer. The park will be known as the Concord Hills Regional Park.

4. An Oakland developer’s stunt to entice individuals living at an encampment near the Home Depot in the Fruitvale District to leave for $1,000 fell flat, SFGate reports.Oakland Redevelopment Group developer Gene Gorelik wore an elf costume and yelled “Free money!” through a bullhorn. It does not appear he had any takers.

5. A former Alameda County sheriff’s deputy who was let go in 2015 for filing a false police report, also paid for sex, along with allegations of domestic violence, KQED reports. Nevertheless, the officer, Josh Shavies, was hired by the Pinole Police Department.