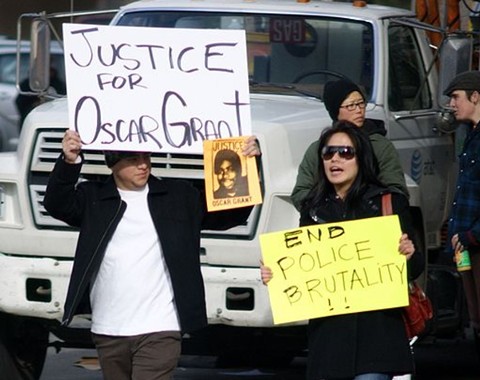 1. Alameda County District Attorney Nancy O'Malley will reopen the investigation into the death of Oscar Grant by BART police officers in 2009, the San Francisco Chronicle reports. The announcement comes after O'Malley surprised many this summer whe her office, for the first time ever, charged a police officer involved in a fatal shooting. $$

3. Elementary schools in Alameda may be allowed to open on Oct. 13, KPIX reports. That is, if the county maintains its red tier status. Gyms could also open as soon as next week, but at 10 percent capacity.

4. Alameda County no longer has the highest number of coronavirus cases in the Bay Area after it was surpassed by Santa Clara County on Monday, the East Bay Times reports. Alameda County has reported 21,746 confirmed cases of the coronavirus since March, along with 225 deaths. $$

5. A mountain lion cub that suffered serious burns at the Zogg Fire in Shasta County, is being treated at the Oakland Zoo, the San Francisco Chronicle reports.