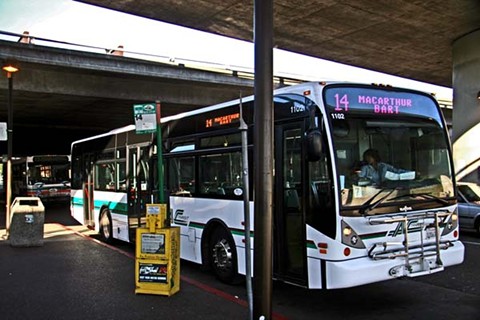 News you don't want to miss for July 6:

1. AC Transit is looking at the possibility of slashing bus service by up to 30 percent due to a sharp decline in ridership due to the pandemic, the San Francisco Chronicle reports. Weekday ridership has dropped from 189,000 to 53,000, as of late May. $$

2. Fourth of July sparked a large number of fires in the Bay Area, including a few significant blazes in Contra Costa County on Saturday night, ABC7 reports.

3. Crowds at Lake Merritt on Saturday night hindered Oakland firefighters from quickly attending to a medical emergency in the area, SFGate reports. The call should have taken 2-3 minutes for firefighters to respond, said a spokesperson for OFD, but, instead, took 14 minutes.

4. Two supporters of President Trump, attempted to cover up a large Black Lives Matter mural painted on a street in Martinez, the Bay City News reports.

5. A problem with its covid-19 testing stopped the Oakland A's from conducting their first workouts at the Coliseum over the weekend, the San Francisco Chronicle reports. The delay in receiving covid-19 tests was exacerbated by the holiday weekend. $$