1. A record number of young sea lions are starving and turning up dehydrated along the California Coast, and researchers are trying to figure out why the emaciated pups are beaching themselves as well, the Chron reports. A suspected cause is toxic algae blooms that have plagued the Monterey Bay area. The toxins in the algae move up the food chain and can “cause memory loss, tremors, convulsions, and death.” 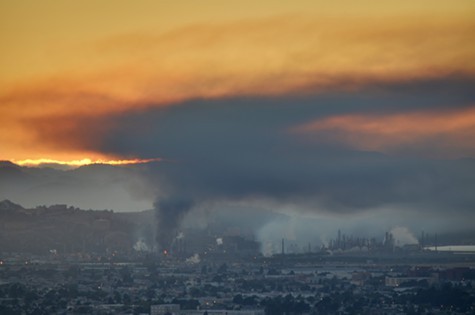 2. State regulators have hired a group of inexperienced people to inspect oil refineries and chemical plants around California, the Chron reports. The hiring spree followed revelations in the aftermath of the 2012 Chevron refinery explosion in Richmond that the state only had seven inspectors. The legislature responded by allocating $4.5 million to hire more of them, but Cal OSHA has yet to explain why it decided to hire inspectors with no experience.

3. The Alameda County District Attorney’s Office has charged a candidate for county auditor with six counts of felony voter fraud and perjury for allegedly lying about where she lives, the Bay Area News Group$ reports. Candidate Kathleen Knox claims to live in San Leandro, but prosecutors say she actually lives in Danville in Contra Costa County.