1. Thanks to the wet March storms, water levels at Shasta Lake — California’s biggest reservoir — are now above normal for this first time in three years, the Mercury News$ reports. Shasta, north of Redding, is now at 101 percent of normal for this time of year, and is at 77 percent of capacity. The weekend’s storms dumped 2.53 inches of rain on Oakland, while other parts of the region topped seven inches of precipitation. The big storms brought much of the Bay Area to normal rainfall levels for this time of the year, although the region is expected to dry out the rest of this week. 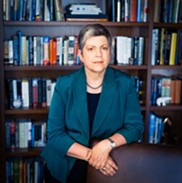 2. UC Berkeley has been rocked by the mishandling of another sex harassment case — this time involving Graham Fleming, an assistant to Chancellor Nicholas Dirks, the Chron$ reports. UC President Janet Napolitano ordered Dirks to remove Fleming from his job in the light of the fact that Fleming had sexually harassed a female underling, and Dirks decided not to fire him. This is the third major sexual harassment case to rock the university in the past few months in which Dirks has chosen to mete out mild punishments.


3. A consumer rights group — Consumer Watchdog — has filed an ethics complaint against Governor Jerry Brown’s administration, concerning Brown’s executive secretary, Nancy McFadden, and her close ties to PG&E, the San Diego Union-Tribune reports (h/t Rough & Tumble). The complaint notes that McFadden, a former top executive for PG&E, held more than a $1 million in PG&E stock when she came to work for Brown. Consumer Watchdog wants the California Fair Political Practices Commission (FPPC) to investigate whether McFadden, who is essentially Brown’s chief of staff, helped pack the state Public Utilities Commission with regulators who are friendly to PG&E.

4. The FPPC, meanwhile, is expected to close a loophole in the state’s ethics law that allows former legislators to lobby current lawmakers without registering as lobbyists, the AP reports (via the Orange County Register, h/t Rough & Tumble). Ex-legislators can currently lobby if they call themselves “experts” rather than lobbyists.

5. And Ben Bagdikian, a longtime leading critic of the corporate media and the former dean of the UC Berkeley Graduate School of Journalism, died on Friday at his home in Berkeley. He was 96.