1. A wildfire burning on the northeastern side of Mount Diablo grew to 1,500 acres over night and prompted more evacuations of neighboring homes, the CoCo Times and Chron report. The fire is only 10 percent contained and conditions for fighting the blaze will be difficult again today with area temperatures reaching triple digits as the wildfire burns through ultra-dry vegetation in Eastern Contra Costa County. 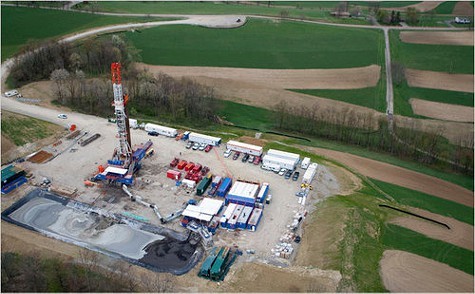 2. Lobbyists for Big Oil and Gas interests are attempting to further weaken an already-watered down bill to regulate fracking, the SacBee$ reports. Oil and gas companies want to alter SB 4 to exempt individual fracked wells from environmental review.

3. The legislature has a sent a gun-control bill to Governor Jerry Brown that would specifically allow the City of Oakland to establish gun registration and licensing ordinances that are tougher than state law, the Bay Area News Group reports. The bill, AB 180, is authored by East Bay Assemblyman Rob Bonta.

4. The legislature also is considering an immigration-reform bill this week that would prohibit local law enforcement agencies in the state from detaining prisoners who are wanted solely by federal immigration authorities, the Bay Area News Group reports.

5. The legislature also may approve a bill as early as today to rename the western span of the Bay Bridge in honor of Willie Brown, the former longtime speaker of the Assembly and mayor of San Francisco, the Chron reports.

6. And the Raiders want to build a new stadium on top of the current Oakland Coliseum site — a proposal that could hasten the departure of the A’s from Oakland, the Trib reports.