1. Oakland Councilmember Rebecca Kaplan, who is running for mayor this year, has disbanded a ballot measure committee that appears to have violated campaign laws, the Trib$ reports. In 2010, Kaplan used the committee — the Coalition for Safe Streets and Local Jobs — to pay staffers who were working on her mayoral campaign and not on the ballot measure campaign, in apparent violation of city and state election laws. Kaplan’s political allies pressured her to kill the committee out of fear that it would harm her 2014 mayoral bid. 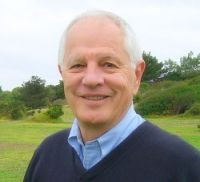 2. East Bay cities may move forward with Berkeley Mayor Tom Bates’ proposal to create a regional minimum wage of $12.82 per hour by 2017, the Chron reports. Bates contends that a regional minimum wage would ensure that cities would not compete with one another by keeping wages low. Oakland Mayor Jean Quan said she would push for wage exemptions for summer youth job programs and nonprofit organizations.

4. The City of San Francisco is planning to expand its congestion-based pricing program for parking to the rest of the city, the Chron reports. San Francisco’s pilot program, in which meter pricing was based on demand (higher prices in busy areas and lower prices in places with plenty of parking), was a success.

5. And the National Park Service is planning to ban drones on 84 million acres of public land and waterways, the AP reports. The park service says unmanned aircraft annoy and threaten the safety of visitors and harass wildlife.