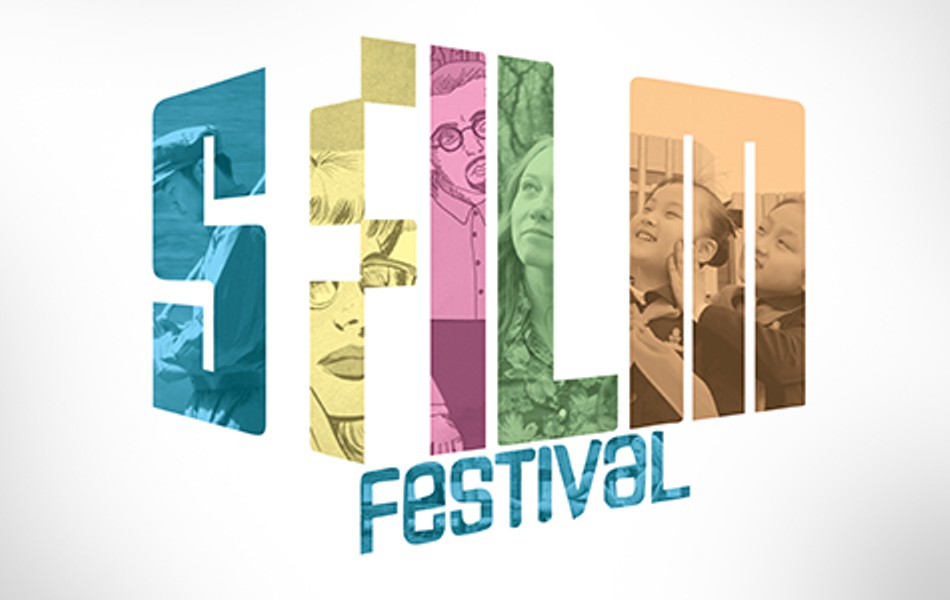 In its 59th year, the San Francisco International Film Festival is giving itself a brilliant birthday present: A brand new principal venue. Beginning next week, the bulk of the festival's 2016 offerings — as usual, a presentation of the San Francisco Film Society — takes place at the Alamo Drafthouse Cinema in the New Mission Theater on San Francisco's Mission Street, a five-screen garden of movie delights.

The Alamo opened in December as the latest venture of founder and CEO Tim League's ambitious Austin, Texas-based cinema circuit, which specializes in first-run and repertory movies augmented by in-person appearances, snacks, and plenty of beer. At last count, the former mom-and-pop business had 21 locations in eight states. Alamo has a reputation as a film lover's paradise, with an emphasis on the sensational. It's the only national theater chain where you could ever hope to find the Disney animated kiddy-show Zootopia; Jacques Rivette's twelve-hour 1971 cult hit Out 1, Noli Me Tangere!; a lobby video rental stand (featuring outré titles culled from the collections of Le Video and Lost Weekend Video); and a bar serving artisanal cocktails, all under one roof. It's the kind of place that appeals to Quentin Tarantino, who famously hosted marathon screenings from his private stash at Alamo in Austin.

Alamo's San Francisco operation is big on community outreach, which is where the SF Film Society comes in. Japantown's Kabuki Theater has been the festival's home base since the 1980s, but even though it was remodeled nine years ago under the Sundance banner — the Sundance chain was recently sold to the Texas company Carmike Cinemas — the former nightclub-turned miniplex has little of the sizzle of the sparkling new Alamo, rehabbed to the tune of $9 million in the shell of the long-defunct New Mission Theater.

The word from Bay Area film people is that the Film Society was eager to move on. The sunny Mission District, now crawling with techies and other moneyed newcomers, is in the midst of an upscale makeover — also known as gentrification. It's the destination of choice for certain kinds of businesses. Mainline arts and entertainment orgs in the Bay Area have been trying for years to corral the elusive young hipster market, with mixed results. For the SF Film Festival, the ultra-cool Alamo may be its best shot at that goal. This election year, the SF International has already voted with its feet. It seems to be recovering its long-lost bohemian dimension as well.

Reached by phone last week, Film Society Executive Director Noah Cowan was reluctant to talk about behind-the-scenes negotiations. But it's easy to connect the dots. Relocating to the red-hot Mission and leaving old-school Pacific Heights in the rearview mirror makes sense for a long-running local institution looking to "young up" its public image. As Cowan put it, "San Francisco's cultural momentum has shifted south." He also cited Alamo's festival-friendly attitude and its cinema-fanatic concept ("We fell in love with that"). On top of that, last year's SFIFF audience survey showed that patrons longed for better public transportation access. BART's 24th Street Mission Station is a mere two blocks away, and Mission Street is a Muni main stem.

Then there's the idea that the Alamo is now the most comfortable, best-equipped movie house in town. In a fit of upgrade fever, the Film Society invested in beefed-up exhibition infrastructure, including Dolby, at two of its other festival sites in the Mission, the Roxie and Victoria theaters. Won't the Film Society's silk-stocking supporting members feel out of place looking for parking on the funky corner of 21st and Mission? Cowan recommends nearby parking lots, Uber, or Lyft.

Longtime SFIFF exhibitor the Berkeley Art Museum and Pacific Film Archive will also show a selection of this year's films for the first time in its eye-catching new digs in downtown Berkeley. In addition to the Alamo, Roxie, and Victoria in SF, the BAMPFA is running a well-stocked schedule of 34 features for East Bay audiences. And there are also special screenings in San Francisco at the venerable Castro Theatre, the Gray Area on Mission Street, and PROXY in Hayes Valley. 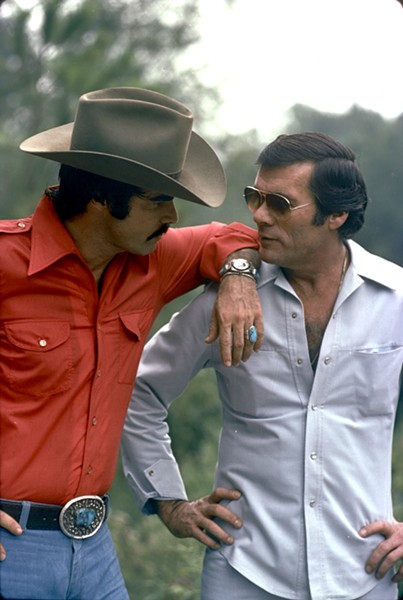 Oh yes, a film festival is about films. The 2016 SFIFF has those, too. Jesse Moss' documentary The Bandit takes us back to Hollywood in the Seventies, when movie star Burt Reynolds and super-stuntman Hal Needham joined forces to make Smokey and the Bandit, a dumb-but-beautiful car-chase comedy that pits beer smuggler Reynolds at the wheel of his Trans-Am against Jackie Gleason as the wildly hamming county sheriff. So we get two bio-docs and a making-of in one entertaining package.

Seen on period publicity footage and in new candid interview scenes, Reynolds was at the top of his game in 1977, showing off his swingin' bachelor pad with a mirrored ceiling. But it's the personable Needham, an Arkansas sharecropper's son whose expertise in falling off roofs and wrecking trucks made him an indispensable ingredient in action movies, who steals the show. Smokey was made for $4.3 million for the Southern drive-in market, but earned more than $126 million worldwide. The Bandit would fit right in with the Alamo's trash-to-treasures sensibility, but it's playing its festival date at the Castro (429 Castro St.) on the SFIFF's closing night, May 5. Reason: The Alamo's main auditorium seats 326; the Castro can hold more than 1,400.

Neon Bull may set a SFIFF record for the most human sex scenes that also have farm animals in the same shot. Writer-director Gabriel Mascaro's Brazilian character study/eye-popper goes on the road with a tight band of scruffy rodeo wranglers as they move from dusty town to town, putting on bull-roping shows and searching for physical gratification. But it's not without its tender, lyrical moments, revolving around Cacá (Alyne Santana), the juvenile female member of the troupe. And in the worldrealm of supporting characters, Cacá's truck-driver mother Galega (Maeve Jinkings) gives herself an impromptu bikini depilatory in the front seat of her big rig in preparation for a date, while Iremar the hunky cowboy (Juliano Cazarré) sews outrageous fashion creations. Oh, those Brazilians. Neon Bull screens at BAMPFA (2155 Center St., Berkeley) on April 23, and the Roxie on April 25.