1) Berkeleyside Nosh reports that Jodie’s Restaurant (902 Masonic Ave., Albany), everyone’s favorite tiny greasy-spoon breakfast joint (or mine, anyway), is in danger of being shut down due to building code violations. The restaurant is currently selling t-shirts in an effort to raise enough money to pay for the necessary repairs/upgrades or, if that proves unfeasible, to cover at least part of the cost of relocation. The one silver lining: If the renovation/relocation effort proves successful, owner Jodie Royston vows he’ll bring back his legendary fried chicken, which was taken off the menu in 2011 after the health department ruled that Royston couldn’t prepare it offsite. Other fundraising efforts might be in the works, so stay tuned for details.

2) As previously reported, Uptown Oakland’s new Jamaican spot, Kingston 11 (2270 Telegraph Ave.), is gearing up for its soft launch, which the owners have set for this Thursday, November 14, starting at 5 p.m. For its first few weeks, the restaurant will be open for dinner only, from 5-11:30 p.m., Tuesday through Saturday. Lunch and weekend brunch service will start around the middle of December. The quite affordably-priced dinner menu features $6-$7 appetizers and small plates, and entrées — including chef Nigel Jones’ vaunted jerk chicken — mostly in the $13 to $15 range. The restaurant is located near the intersection of Telegraph and West Grand. Look for the huge Jamaican flag painted on the side of the building; you can’t miss it. Here's a link to the whole dinner menu:

4) One final piece of restaurant news in Uptown: Sadly, East Bay Dish notes that The Punchdown (2212 Broadway) is closing after three years of business. The wine bar and bottle shop is looking to relocate, but for now The Punchdown’s last day of business will be this Friday, November 15. There will be a 10 percent discount on all retail bottles of wine until then. 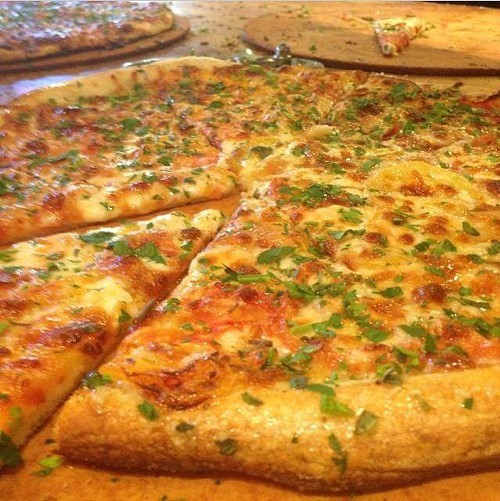 5) Berkeley’s Sliver Pizzeria (2132 Center St.) is raising money for Philippine typhoon relief efforts this Sunday, November 17, from 12 p.m. to 5 p.m. Monterey Market is donating the produce, and all of Sliver’s proceeds that day will be donated to Doctors Without Borders. Know of any other local restaurants raising money to support the relief effort? Please share in the comments.

6) Rockridge News reports that Bica Coffeehouse (5701 College Ave., Oakland) has applied for a conditional use permit to become a full restaurant. The Oakland Land Use Committee will consider the application at its November 27 meeting.

7) Ippo Ramen, an Oakland-based roving pop-up ramen restaurant, now has a stand at Kensington Farmers’ Market — just in time for those cold fall/winter farmers’ market runs. The Kensington market, located on Oak View Avenue (between Colusa Circle and Santa Fe Ave.), is open from 10 a.m. to 2 p.m. on Sundays.

8) On the heels of the controversy over Time Magazine’s recent “Gods of Food” list, which does not include a single female chef, comes this timely Edible East Bay feature from Sarah Henry: an in-depth profile of members of a new wave of women chefs in Oakland who are putting out some of the city’s tastiest, most exciting food. Most compelling to me were the insights these chefs offered on why their male counterparts tend to get more media attention and attract more investor money (spoiler: merit has little to do with it). Meanwhile, the Chronicle was in a similar frame of mind this week, offering a quick look at four female chefs who own restaurants in Oakland — make sure you read to the end for Sarah Kirnon’s oxtail recipe (!) and Preeti Mistry’s recipe for curry leaf-coriander shrimp curry (!).

9) Speaking of notable female restaurateurs, Alice Waters got a nice bit of recognition last week, as the Wall Street Journal Magazine named her 2013’s “Humanitarian Innovator” of the year for her work at Chez Panisse and the Edible Schoolyard garden and kitchen education initiatives (h/t Inside Scoop).

10) Finally, ICYMI, read my story about an app that helps alleviate hunger and prevent food waste by helping restaurants and other institutions donate their leftovers to feed those in need.