Fish tacos from Chulita Linda might be one of the items featured on the Taste of Temescal food tour (via Facebook).

1) A San Francisco-based food tour company is making its first foray into Oakland: According to Diablo Dish, Edible Excursions will be launching a tour of the Temescal neighborhood early next year. The tours will be led by local food writer Sarah Henry, who told me the three-hour Taste of Temescal will cost $75 and will include samples of “signature bites” from eight to ten different purveyors. Potential vendors include Doughnut Dolly, Beauty’s Bagel Shop, The Sacred Wheel Cheese Shop, CRO Cafe, Sura, and the Sunday farmers’ market (including the Cholita Linda and Starter Bakery stands). Henry said the tours will start in March. The news comes on the heels of newcomer Savor Oakland having launched a Jack London Square walking food tour a couple months ago. 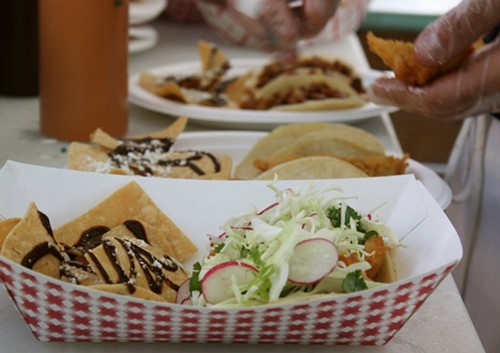 2) American Oak (2319 Encinal Ave.), the Alameda gastropub and whiskey saloon, is closed temporarily after a fire early on Saturday morning — one that firefighters on the scene deemed suspicious, according to KTVU. An investigation is pending, and there has been no word yet from the restaurant’s proprietors about a timeline for reopening. (I gave chef Gabe Cortez’s upscale comfort food a positive review earlier this year, so here’s to hoping for a quick recovery.)

3) Tablehopper reports that there’s a new burger joint in Emeryville: The Bureau 510 (5800 Hollis St.), where chef Edward Higgins has created a menu with lots of international influences, including a rock shrimp tempura burger with a MOS Burger-style rice bun.

5) Kitchen 388 is now open for coffee and continental breakfast (think pastries, frittatas, and egg sandwiches) Monday to Friday, tentatively from 6 a.m. to around noon. (Owner Joseph Dunbar told me they were opening at 5 a.m. for a while, which sounds like crazy talk to me, but a real boon for early risers.) Eventually, the cafe will start serving lunch again during the week.

7) A new “neighborhood cafe and bakery” is coming to the old Remedy space on Telegraph Ave., according to Diablo Dish. The proprietors, Christina Bondoc and Rick Yarussi, plan to open in late January. 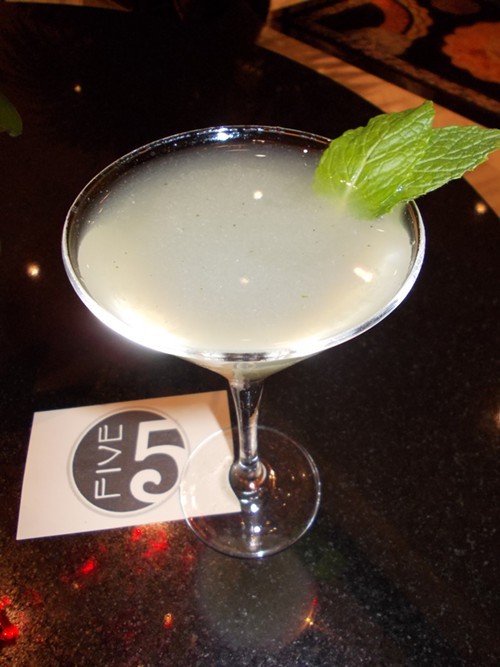 10) Here’s a holiday gift idea for the food-loving kid in your life: Emeryville’s Hot Italian is selling a children’s book called Just Me and My Pizza, by Navid Dehghan, for $10. Proceeds will benefit I Can Do That!, a Sacramento-based nonprofit focused on arts education for kids of all abilities.

11) Finally, if you missed my stories on tofu misozuke (it’s like stinky cheese!) and sufganiyot (doughnuts for Hanukkah!), check them out.