Soon, Oakland will get its very own Top Chef alum (via Facebook).

1) Eater SF has a brief update on downtown Oakland’s Tribune Tavern (409 13th St.), the much-buzzed-about collaboration between Chop Bar co-owner Chris Pastena and Grand Tavern’s Temoor Noor: A website has been unveiled, as has the restaurant’s logo and overall brand identity (designed by Oaklandish). Located on the first floor of the Tribune Building, the restaurant — sure to be a popular business lunch spot — is slated to open by the end of March.

2) After some low-key soft-opening action and a brief construction delay, the Chez Panisse alums behind Ramen Shop (5812 College Ave.) have set their official opening date to this Friday, January 4, according to Eater SF. Suffice it to say that East Bay Japanophiles and noodle enthusiasts — heretofore starved for quality ramen options — are ready to get their slurp on.


3) SFoodie reports that every Cal student’s favorite budget-priced ice cream sandwich shop, C.R.E.A.M. (2399 Telegraph Ave.), is looking into national franchising opportunities, which, when you think about it, makes total sense. The wildly popular Berkeley shop is family owned, but if ever a business model seemed ripe for replication ...

4) Meanwhile, the folks behind Bourbon & Branch, the vaunted San Francisco speakeasy, and various other boozy enterprises are expanding into the East Bay — either to Oakland or Berkeley, according to Inside Scoop — with a new branch of Cask, their high-end spirits retail shop.

5) This scoop from Tablehopper: Former Top Chef contestant Preeti Mistry’s Juhu Beach Club has found a brick-and-mortar home in Oakland’s Temescal neighborhood, at 5179 Telegraph Ave. (formerly SR24) — not in the Mission, as had been the previous plan. The focus of the project, which has had various pop-up iterations across the bay, is riffs on traditional Indian street food. Mistry’s shooting for a March opening. 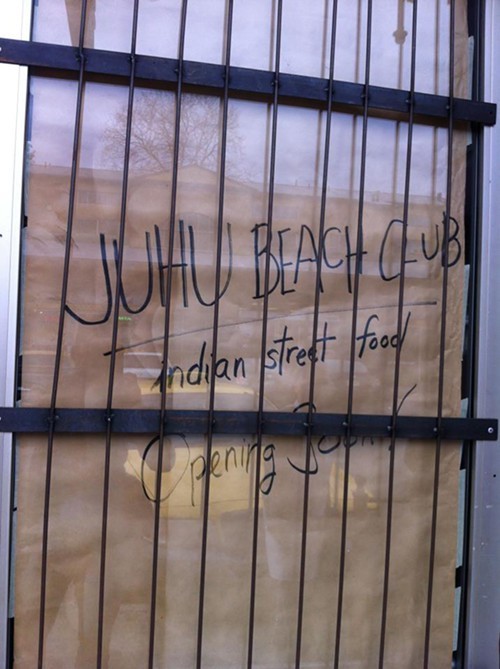 6) According to Berkeleyside, Triple Rock Brewery (1920 Shattuck Ave.) is planning to expand into an empty space next door, putting in a full-service restaurant. Sounds like the project won’t be completed until sometime in 2014, however.

7) In other brewery news, Oakland North has a story (and video) up about Linden Street Brewery’s role in reviving Northern California’s brewing tradition.

8) Finally, a recent AP piece about a Chez Panisse delegation to Cuba that seemed to find much of the local cuisine not quite up to snuff, in terms of vegetable cookery (which purportedly tends toward "mushy") and ingredient freshness. Of course, there are broader systemic issues at play: “ ... There are obstacles to the Chez Panisse ethos of fresh-is-best. At the same farmers’ market that enamored the chefs on the outskirts of Havana, … two buyers said the quality was great but they can only afford to shop there once or twice a month.”