1) Diablo Dish has an update on Penrose & Sons (3311 Grand Ave., Oakland), Pizzaiolo/Boot and Shoe Project owner Charlie Hallowell’s newest project (now over a year in the making), which is tentatively slated to open in early October. Hallowell has said that he envisions Penrose & Sons as a bar, first and foremost, but the menu concept, as it’s gotten more clearly defined, is also not without ambition. There will be an emphasis on meats cooked in a wood-burning hearth, with nods to various international cuisines — think North African and Middle Eastern.

2) Inside Scoop reports that Chikara Ono, the chef at the popular izakaya B-Dama (4301 Piedmont Ave., Oakland), is opening a new restaurant at Swan’s Market in Old Oakland. A few months ago, Ono told me that this project has been in the works since last year, and it sounds like there hasn’t been too much tangible progress: Few specifics have been settled, except that the new restaurant isn’t going to be an izakaya per se. According to Inside Scoop, Ono is hoping to open later this year. 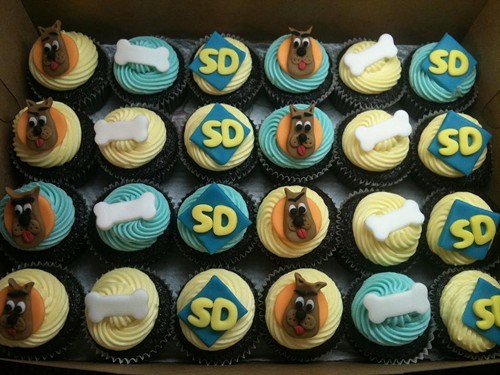 5) Also via Berkeleyside Nosh, there’s a new GMO-free cupcakery in the works called Cupcakin’ Bake Shop (2435 Durant Ave., Berkeley), which will be the new brick-and-mortar home for baker Lila Owens’ cupcake catering business. According to the shop’s Facebook page, the shop will open later this fall.

7) In a previous edition of the Mid-Week Menu, we noted that the Southside Berkeley location of Off the Grid would be going on an extended hiatus for the summer. Now, just in time for the start of Cal’s fall semester, Off the Grid is back in business at the intersection of Telegraph Ave. and Haste St. with one significant change: The food truck rally will now take place on Monday nights (moved from Thursdays), from 5 to 9 p.m.

8) DVR alert: Here at What the Fork, we’ve long been big fans of the fun, classed-up, surprisingly budget-priced doughnut holes that Laurel Davis — a self-taught mad scientist of the doughnut trade — sells at Uptown Oakland’s Donut Savant (1934 Broadway). So it’s no surprise that Davis was tapped to be a contestant on Donut Showdown, a new show on the Cooking Channel that promises that its featured doughnut-makers will take the popular sweet treat to “epicurean heights.” If you missed the debut of last week’s episode (“High School Cafeteria”), which features Davis, never fear; it will air again at 7 a.m. on Saturday, September 7. I won’t spoil the episode by telling you how Davis did (you can click here if you can't wait to find out), except to say two words: poutine doughnuts.

9) I loved this thoroughly entertaining piece in yesterday’s Chronicle looking at former Taco Bell restaurant sites, which retain their distinctive early-Seventies’ “mission style” design features even as the buildings have been repurposed by new owners. The Taco Bell makeovers highlighted in the story include a Thai restaurant, two sushi spots (including one that “would make a pretty nice spot for a wedding rehearsal dinner), at least four white-tablecloth joints, one check-cashing place, and — in an ironic twist of fate — several authentic Mexican restaurants. The photos alone are worth taking a minute to check out.