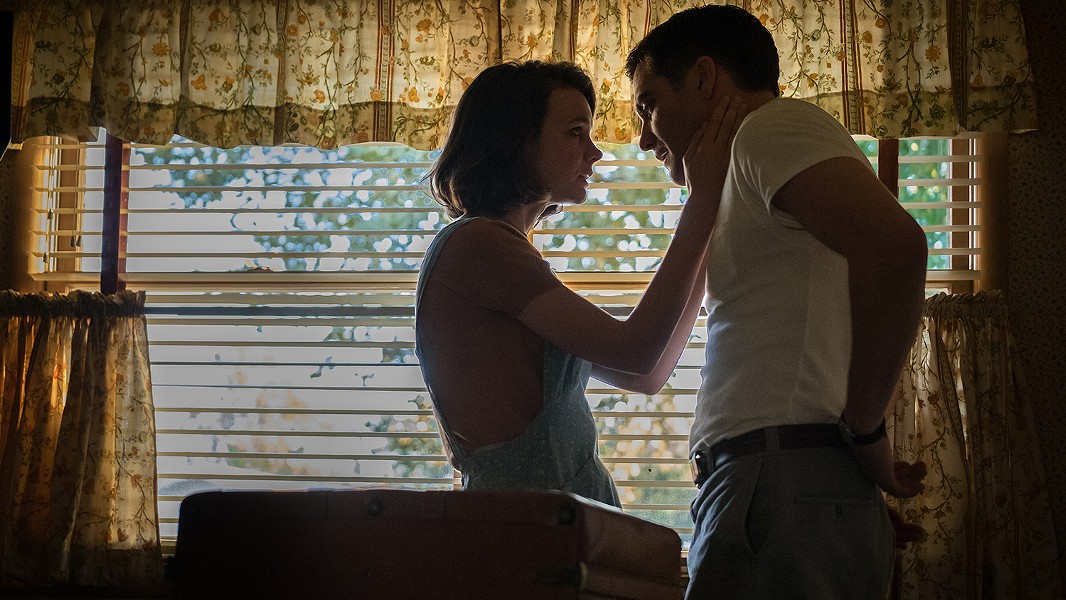 For his directorial debut Wildlife, Paul Dano takes us to small town America in 1960, where a dysfunctional family is slowly settling into a slough of despair. The moral center of the film, the character we rely on to reflect the emotional truth, is 14-year-old Joe Brinson (played by Australian actor Ed Oxenbould), the only child of Jeanette (Carey Mulligan) and Jerry (Jake Gyllenhaal), the saddest sacks in Great Falls, MT.

Jerry is a case study in non-adaptability. As the story opens, he's holding down a job as a caddy/groundskeeper at the local golf course, but we don't expect that to last, and neither does he. Jerry's wife Jeanette is the relentlessly, joyously "chipper" type who dutifully makes the rounds seeking employment while gritting her teeth. No one is hiring. In fact, nobody seems overjoyed to see any of the Brinsons, who just moved into town from Idaho, and before that from Oregon. Jerry apparently drifts from job to job, dragging his family along as he goes. All this weighs heavily on the observant, steady-tempered young Joe. His response is to hold it inside and keep plugging away at school.

The Brinsons can't afford a TV and so are missing out on the big shift in the national culture — this in the time when a $40-a-week paycheck buys a middle-class lifestyle. Jerry's life is falling apart at the seams ("There's a hum inside my head"), and Jeanette is growing more bitter by the day, openly fantasizing about a change of scenery. Everything rests on the kid. The only positive developments for the Brinsons are Joe's new job at a photography studio in town, his new friendship with a cute classmate named Ruth-Ann (Zoe Margaret Colletti), and the otherwise worrisome news that a large-scale fire has broken out in another part of the state — maybe Jerry can catch on as a firefighter.

We've just entered the "serious" season at the movies. Every year at this time, sturdy, issues-based dramas and documentaries ricochet from film festivals into prominent release amid a hail of publicity. A sizable percentage of these award-seeking movies are literary adaptations, which generally indicate sour pessimism with a vaguely topical tilt. And quite a lot of them seem to star Gyllenhaal. His name on the cast list, alongside a title such as Nocturnal Animals or Nightcrawler, is usually a guarantee we're in for a modern tale of woe. Gyllenhaal's Jerry Brinson is the latest in his series of hangdog everyman roles, a certified example of mid-century maudlin. One glimpse of Jerry and we're convinced he's headed for disaster. Meanwhile, Jeanette makes the transformation from brittle, worried loser to relaxed, doomed loser, with all the Mulligan touches that make her an actor we can't take our eyes off of.

Player-turned-filmmaker Dano (the crazy mixed-up kid in There Will Be Blood, Little Miss Sunshine, Love & Mercy) has a bit of that going for himself, as well. There's an irritating itch inside his characters that can't be easily scratched. Dano the writer-director carries his admiration for actors and acting into the exhausted territory of Wildlife — screenplay by Dano and Zoe Kazan, from the novel by Richard Ford — like a proud banner of suffering. Gyllenhaal, Mulligan, and Oxenbould (in a performance of quiet integrity) etch their predicaments in no uncertain terms, with pitch-perfect support by Bill Camp as a plump, lonely businessman, plus the aforementioned Colletti. Comic relief? Surely you jest.

The raging wildfire in the hills, accomplished (according to Dano) with CGI, adds natural intensity to a story already brimming with prickly heat. These people are in a world of trouble, and it's our job to watch them squirm and then come to a conclusion. We finally decide that Dano and his actorly directorial impulses show quite a bit of promise, but that we can't wait to leave this particular family to its fate. 