In the past week we've seen a weird spate of surprise career moves in the music business — most people thought the coup de grace was Brian McKnight's new "Adult Mix Tape," in which the renowned crooner used his soulful pipes for secular purposes. (Not kidding — "If You're Ready to Learn" might tackle "other sexual type things," but the chord changes are poached straight from gospel.) Slightly less shocking, but equally fascinating, is the latest single from POP ETC, the Berkeley-born, Brooklyn-based indie band formerly known as The Morning Benders. It's an Auto-Tune-sluiced, cleanly-produced, snare-and-clap-clap R&B track with lyrics about a one night stand. 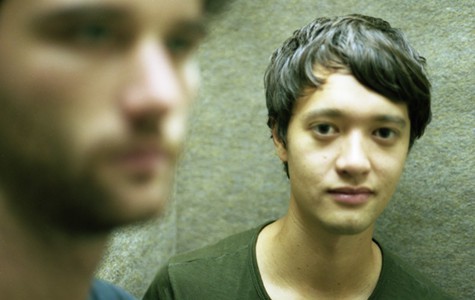 No, not the kind of lyrics you'd expect from a sensitive indie guy who hooks up with a beautiful groupie and spends the next day crying in a stairwell. This song takes a page from the C Breezy playbook. So if you wanna go meet up after the show/I ain't never disrespect no woman never called a girl a ho, sings UC Berkeley music alum Chris Chu, between boasts about the girlfriend he abandons back home, and the numerous conquests he's made as a touring rock musician.

Yeah, it's pretty crude, in a borderline mean-spirited way. And early commenters to the YouTube video reacted accordingly, noting the bro mentality to which Chu now subscribes — maybe it's an ancillary result of his newfound interest in popular R&B. (The music stream on POP ETC's web site, labeled "New Influences Weekend Mix," plays old hits by Ace of Base and Mariah Carey.) But the charitable read might be "ironic masculine posturing," — ie, perhaps Chu is using crass, salacious language to mask a sincere expression of affection, or maybe he's just fronting like a mack in order to purge insecurities. In any case, the song is extremely catchy, and many listeners will react to that alone. It elicited a mix of consternation, apprehension, and enthusiastic approval from East Bay Express staff, though in the end, we dug the new electropop angle. In the words of one particularly shrewd YouTube commenter, "Music is subjective, bro."

Check it out for yourself: