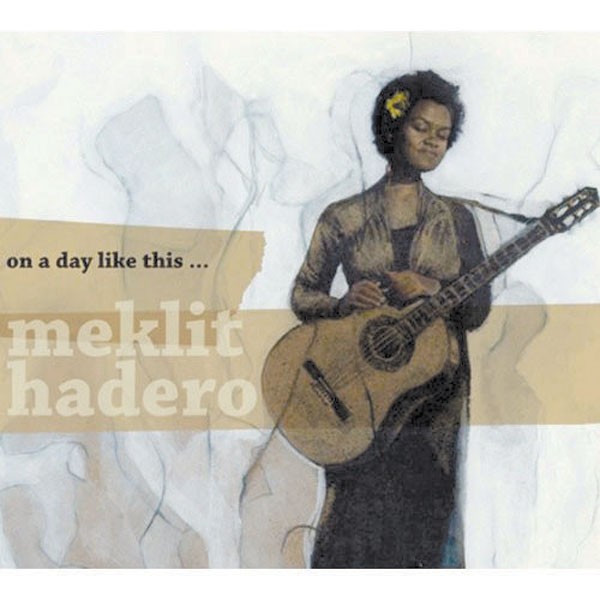 It's easy to tell that Meklit Hadero is a singer, just by listening to the soft susurrations of her speaking voice. She could talk about anything and it would somehow sound private and intimate. Her singing follows suit, with its dense phrasing and lazy vibratos. Hadero is relatively new to the stage, but she's already generated a huge cult of adoration in the past five years.

There's a maturity to Hadero's debut album, On a Day Like This ... that belies her inexperience. She articulates words in weird, interesting ways to give them shape — "cloud" sounds like "clood" and "up" sounds like "ooom." There are no hard consonants or sharp vowels, and all the lyrics flow along with a bluesy lilt. They could almost be scraps from a spoken-word poem: Green, green, green, everywhere, she sings in "Under," accenting each "green" a slightly different way ("greeen, greenn, grreen"). The song is a lullaby and love ballad. It could almost be a hymn.

Hadero wrote or co-wrote all but two of the ten tracks on On a Day, and they all have a definitive style: spare chords, murky harmonies, an implied rise but no bridge. Her band is fantastic, buoyed by such local stars as drummer Jeff Marrs, bassists Devin Hoff and Marcus Shelby, trumpeter Darren Johnston, and saxophonist David Boyce — who, in a surprising twist, plays bass clarinet for most of this album. But it's Hadero's singing style that really sets the mood, and imbues each line with meaning. (Porto Franco)