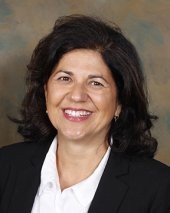 UCSF announced last week that a pot extract reduced incurable seizures by an average of 36.5 percent in a group of 162 children and young adults over a 12-week period. A handful of epilepsy patients saw a complete remission of seizures. The medical journal The Lancet Neurology published the findings. The biggest side effect of the extract was sleepiness.

“This is just the first step. This open label study found that [pot ingredient cannabidiol] both reduces the frequency of seizures and has an adequate safety profile in children and young adults,” said Dr. Maria Roberta Cilio, senior author and director of research at the UCSF Pediatric Epilepsy Center.

"This trial is pioneering a new treatment for children with the most severe epilepsies, for whom nothing else works,” added Cilio. “But we are just at the beginning, combining experts in the field with a brave institution ready to take this on, and courageous patients looking for hope.”


The cannabis extract used was GW Pharmaceuticals' Epidiolex. It is a liquid formulation of pure plant-derived cannabidiol (CBD), the second most common active ingredient in cannabis. Epidiolex is not available in US pharmacies, but California medical cannabis providers have been making and selling lab-tested, high-quality formulations of CBD tincture for years.

UCSF Benioff Children’s Hospital San Francisco was the first site to ever administer Epidiolex in a child with epilepsy. In April 2013, the drug was given to a patient after obtaining a special approval from the U.S. Food and Drug Administration’s Investigational New Drug (IND) program, and results from that initial experience provided the framework for the current study, according to the researchers. A second patient was then enrolled at UCSF in July 2013, and in January 2014, UCSF and other centers started to enroll patients under an expanded access IND.

Here's more on cannabinoids and epilepsy from Project CBD.