A true plan would decrease greenhouse-gas emissions, not increase them. 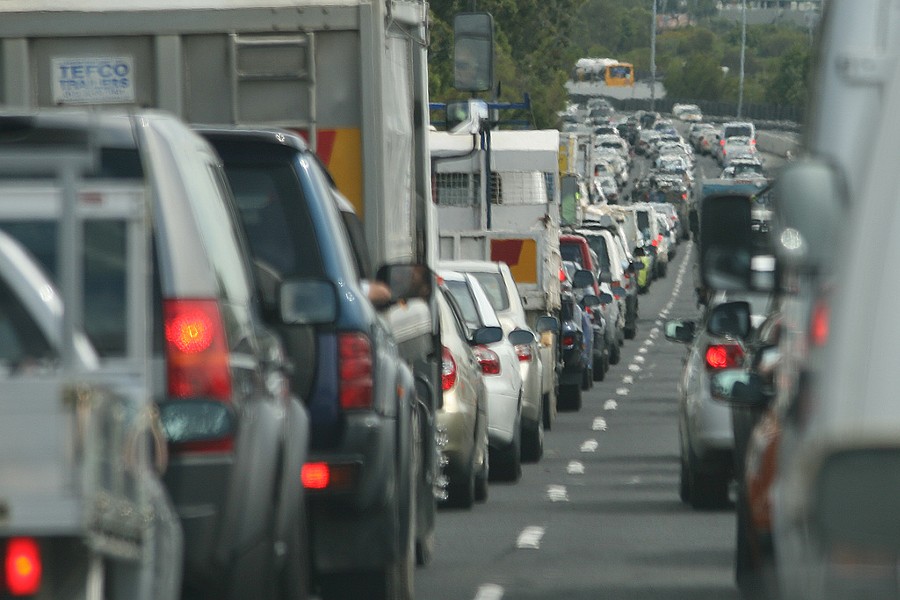 Over the past thirty years, traffic congestion has increased in the East Bay. Now, the Alameda County Transportation Commission (ACTC) — the same group of people that has presided over the worsening transportation situation — is back with a huge sales tax increase, the funds of which would be used to carry on with failed policies. We say, vote "no" on BB and send a message that we need 21st century transportation planning, not outmoded thinking from the past century.

Measure BB would raise $7.8 billion from sales tax paid by Alameda County consumers. That's a 1-percent increase on the already established sales tax, and it would give Alameda County the dubious distinction of being the county with the highest sales tax in the state, reaching 10 percent in some East Bay cities.

The tax would also lock in outmoded transportation projects for the next thirty years, and it fails to account for rapid technological change occurring in the transportation field. For example, there is no funding for charging stations for electric vehicles; no provision for developing the electronic highway necessary to accommodate self-driving cars; no money for relieving the overcrowding on BART trains traveling across the bay; and no real plan for integrating BART and bus service to better serve riders. In short, Measure BB provides a backward-looking plan that fails to provide real improvements to Alameda County's transportation system.

Measure BB misspends much of the money that it proposes to raise from a regressive sales tax that hits moderate- and fixed-income people the hardest. Consider these major flaws:

• It allocates $400 million to an overpriced BART extension to Livermore, which could ultimately cost between $1.2 billion and $3.2 billion and serve only 20,000 passengers a day. Eastern Alameda County surely deserves better transit service, but there are other ways to provide service — and at much lower cost — than a BART extension.

• It provides nearly $2 billion for AC Transit, the poorly run bus service that already receives more than 82 percent of its operating revenue from public subsidies. Just 18 percent of the cost of operating AC Transit service comes from farebox revenue. That is far below the national average of 25 to 35 percent for transit agencies. Measure BB fails to require AC Transit to re-organize its route structure, improve safety on its buses, or develop metrics to show that it is moving toward better service to the community. AC Transit recently announced that it will be studying means of upgrading its service. Shouldn't we wait for the study's recommendations before throwing additional money at this poorly run system?

Even with the expenditure of nearly $8 billion, driving in Alameda County is expected to rise by 46 percent by 2035, and greenhouse gas emissions are expected to increase by nearly one-third. A real transportation plan would decrease driving and greenhouse gas emissions. But Measure BB isn't really about transportation. It's a politically driven measure that spreads funds around to appease the noisiest special interests in the county.

The sponsors of Measure BB don't like to mention it, but they intend to issue bonds against projected sales tax revenue. Bonds carry interest, of course, but the ACTC never mentions interest payments in its expenditure plan. We estimate that interest costs may be as high as $1 billion. Either that amount will shrink expenditures for transportation, which are pegged to sales tax collections, or will come from county taxpayers.

Look carefully at the expenditure plan for Measure BB. More than $900 million is listed under "congestion relief" and "community investments." Money is spread all around the county for these ill-defined projects. But, legally, there is no obligation to fund any of them. Moreover, if bond interest payments have to be taken from the transportation projects listed in ACTC's expenditure plan, it is likely that few congestion relief projects or community investments will actually get funding. So if voters are thinking about getting improvements to San Pablo Avenue or developing BART station properties, they may be seriously disappointed.

ACTC tries to reassure voters that money will be well spent under Measure BB. It makes a big deal out of the fact that there will be an "independent watchdog committee" to monitor expenditures. But such a committee will be appointed by the agency, composed only of BB supporters, and have no staff to investigate project implementation. Past "watchdog" committees have merely rubber stamped agency reports. This time will be no different.

• prioritize projects based on transportation impacts

• make traveling without a car easier and more convenient

• be financed in a fair and equitable way that doesn't put the heaviest burden on those with modest or fixed incomes as a sales tax does.

Don't be fooled by the clamor to pass this measure now. The existing half-cent sales tax for transportation has a good six years before it expires. There is time to produce a better plan to deal with reducing congestion and increasing transit use. Take a look at VoteNoOnBB.com for more information and please join with BATWG, TRANSDEF, the Sierra Club Transportation Committee, the Alameda County Taxpayers Coalition, former BART Director Sherman Lewis, former CFO of AC Transit Tom Rubin, independent transportation engineer Jerry Cauthen, and community leaders from around the county to vote "no" on BB.