Lyrics Born Gets Personal on 10th Record 'Quite a Life'

The Berkeley rapper reflects on representation, #MeToo, and his past. 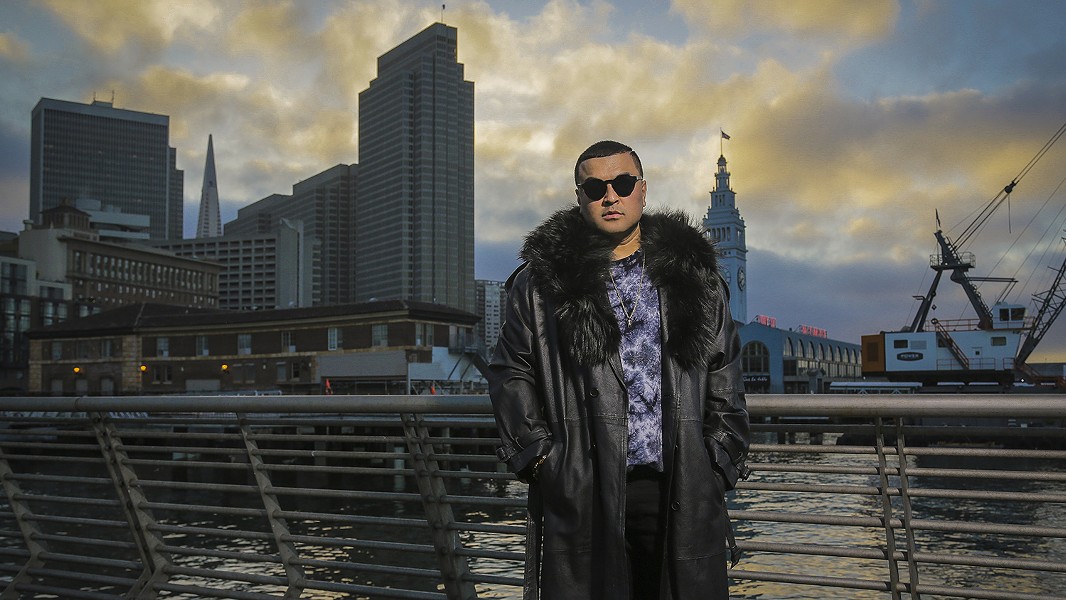 Minutes before Lyrics Born was about to perform at Coachella in 2006, he contemplated whether it was the right place to be — and it wasn't because he was chickening out. "We fought long and hard to get on that bill. That's like every artist's dream, you know, to get on that stage," the alternative rapper said. "And I'm just like, 'We shouldn't even be here.' I mean, ideally, we should be at home recovering."

Berkeley native Tsutomu "Tom" Shimura, otherwise known as Lyrics Born, takes listeners back to that moment and the months that led up to it in his new song "Can't Lose My Joy," featuring Aloe Blacc. Two years prior, Joyo Velarde, his wife who is also a backup singer for Shimura's band, got diagnosed with non-Hodgkin's lymphoma. "It was bittersweet, because you know, she's got a tumor under her chin. She's got a tumor in her armpit. She's got a tumor in her abdomen. And we don't know what the hell it is," he explained. "Here we are in our late 20s. And I'm just like, 'What the hell?' I mean — you just — no. How is this even possible?"

Shimura dubbed this unfortunate event as one of the most difficult, rewarding, emotional, fulfilling, and excruciating times in his life. "It never really goes away. She was in remission again for like 12 years and even in that time, even when it goes away, it's still that — that cloud still looms."

Since the 1993 release of Entropy / Send Them, his first single with DJ Shadow, Shimura has unapologetically rapped about his truth. Now, he turns his pain into passion with Quite a Life, an 11-track album that explores Shimura's mind, history, and even his thoughts about some controversial topics like gender and minority representation in the media — or lack thereof. It comes out Sept. 14.

Each song presents a different side of Shimura from "When I Get My Check ($, $, $)," a lighthearted and groovy tune that talks about money and all it can buy, to "Trouble, Trouble, Trouble," a slowed-down beat that might just be his self-fulfilling prophecy.

For over 20 years, Shimura has been an independent artist. In 1991, while he was a student at UC Davis, he founded hip-hop collective Solesides with DJ Shadow and Blackalicious. This later turned into what is now recognized as Quannum Projects, a San Francisco-based hip-hop collective, which doubles as an independent record label. Some managed artists include Tommy Guerrero, Lifesavas, and Lateef the Truthspeaker, who is most notably Shimura's other half in hip-hop duo Latyrx. More recently, he's dabbled in acting. He had a cameo in Boots Riley's Sorry to Bother You and has a role in the 2019 Netflix film Always Be My Maybe starring Ali Wong, Randall Park, and Keanu Reeves.

Although the rapper has successfully produced nine albums — with Quite a Life being his 10th — the path leading up to his accomplishments was not an easy one. During the late '90s and early 2000s, his friends and co-founders DJ Shadow and Blackalicious got signed to major labels. But Shimura did not, even though he believes they all had the same buzz. He thinks it was because of a lack of Asian representation in the music industry.

"I had the A&R guy that signed both — two different guys — tell me that I was too hard to market," Shimura recalled. "I didn't have the cultural leverage, you know, within the industry. There's no Asian Americans in it. There are no Asian executives or A&Rs in the industry. They can't green-light a project, you know what I mean. ... I can't tell you how many meetings, office buildings, agencies, management companies, movie studios I've walked into and I'm the only Asian guy in the entire building except the interns."

Despite not having a head start, Shimura has pushed through these hurdles and raps about it in his songs, like "Don't Quit Your Daydream," a three-and-a-half-minute ode to never giving up. He envisions being a musician not as a glamorous lifestyle but as a regular full-time job and uses the designation "blue-collar artists."

"We can't stop working," he said. "It's sort of a catch-22. ... We're more and more becoming this nation of independent contractors. We're all self-employed. We're all indie rappers to a certain degree."

Since Shimura feels more aware of the effects of sexual assault thanks to the #MeToo movement, Shimura covered "It's a Man's World" by James Brown in his new album. But instead, he went with the title, "This Is a Man's World?"

"I think denial is so dangerous," he continued. "And you know, it doesn't have to be hostile. It just needs to be honest." 


We're just over a month until album #10 #QuiteALife is avail. to the world! We've started a @PledgeMusic campaign to help kick this album into full speed. Peep the vid to learn abt the campaign & the goodies you have the chance to grab! Visit https://t.co/VtHRQIaI5P for details! pic.twitter.com/4tZI1EXYTS