Plus, a list of good films that are worth seeing, some great docs, and our critic's pick for the worst movie of the year.

Design by Roxanne Pasibe Shu Qi stars in The Assassin, one of this year's best films.

A good year, but not a great year." That's the word from the screening rooms on 2015. Every motion picture release schedule has its hits and flops, its moments of enchantment and wastes of time, but 2015 has been a fairly perplexing year at the movies. There was a bounty of solid, worthwhile films but relatively few — about a dozen, in fact — that made us immediately jump up and say, "Wow!" Might as well throw a year's worth of titles in a hopper and pick them out at random, with the first ten getting the trophies, luck of the draw.

Then again, it all depends on your point of view. No roster of films that contains Love & Mercy and The Assassin can be that bad. We can't resist believing it's still possible to find nirvana in a dark room full of strangers, with or without popcorn. Before we go any further, here are the Ten Best Movies of 2015, in alphabetical order:

3. The Diary of a Teenage Girl 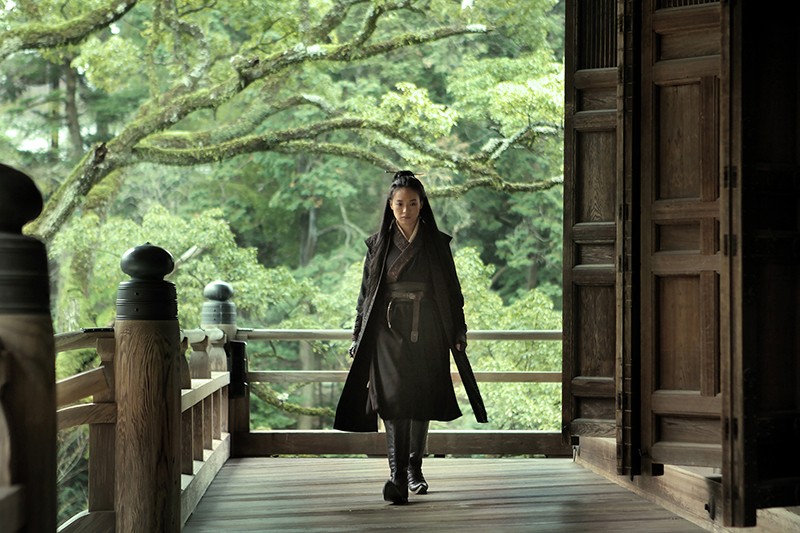 A Reviewer's Journal, in ten chapters: The Assassin came and went in late October, like an autumn wind off a holy Chinese mountain. The nineteenth feature by Taiwan-based film master Hou Hsiao-Hsien (A Time to Live, A Time to Die; The Puppetmaster; Flowers of Shanghai) was probably never destined to become an art-house hit in the United States — its Tang Dynasty history is a bit of a chore for American audiences to untangle. But the story of Nie Yinniang (played by movie idol Shu Qi), a general's daughter trained to be a silent assassin of corrupt officials, is something anyone can understand. She has to choose between duty and love. Hou's adventure is unlike any martial arts epic that ever was: elliptical, hushed, apprehensive, with graphic violence exploding out of silence, then subsiding back into an eerie stillness. Forget the dynastic legacy and let the rhythm sweep you up into the eaves of the castle, where the assassin crouches, waiting to drop. The superb cinematography of Mark Lee Ping Bin and production design by Huang Wen-Ying enhance the director's subtle mood of imminent fate.

Moviegoers who have followed Saoirse Ronan's career from Atonement through The Lovely Bones, The Way Back, How I Live Now, and the violent female-empowerment yarn Hanna, could easily imagine the young Irish actress scaling the heights and one day taking her place at the top of the movie pyramid, playing the parts Cate Blanchett does now. With Brooklyn, that day has arrived. Ronan's performance as immigrant Eilis Lacey, newcomer to the title New York City borough in the early 1950s — adapted by Nick Hornby from Colm Tóibín's novel, and directed in something like a state of grace by John Crowley — takes a far different tack than the slapstick Hollywood Irish malarkey of past years. Eilis' dilemma is a turbulent one. A world of emotion plays across her face. And when the simple, oft-told tale is finished, we might feel something like pride that the "calm, civilized, and charming" Eilis has become one of us. 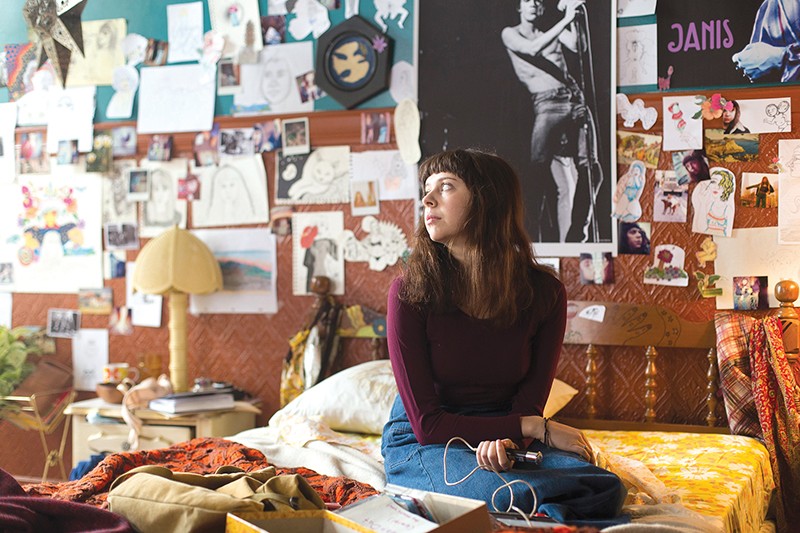 Coming-of-age flicks are thick on the ground, even ones about insecure "ugly duckling" females who freely experiment with sex. But Marielle Heller's The Diary of a Teenage Girl is the most exotic bird in the jungle, the energetic, ironic, humorous, touching, frank, playful, salty-sweet, all-embracing saga of a liberated 1970s San Francisco teenager named Minnie Goetze (played by English actress Bel Powley) and her tussles with life and love. Writer-director Heller, who once upon a time portrayed Minnie on stage, adapts Phoebe Gloeckner's graphic novel as if her life depended on it, with bravura playacting by Powley, Kristen Wiig, and Alexander Skarsgård. San Francisco plays itself, winningly. We reviewed it last summer, but the frank sex scenes — very rare in the juvie showbiz arena — and the nifty jukebox of period rock tunes by Television, Nico, Heart, T. Rex, Iggy and the Stooges, and Mott the Hoople are still reverberating. So are the family dynamics of Minnie's picturesquely dysfunctional relatives. Powley's perf is one the year's best surprises.

Don't Think I've Forgotten: Cambodia's Lost Rock and Roll should, by all rights, be one of the most depressing films of the year. Instead, director-producer-cinematographer John Pirozzi's documentary is one of 2015's most bracing entertainments — the story of how rock music flourished in Phnom Penh, Cambodia in the 1960s and '70s, and how despite the Khmer Rouge's horrendous reign of terror, that spirit still lives on. Cameraman-turned-filmmaker Pirozzi (he made the music doc Sleepwalking Through the Mekong with the band Dengue Fever) unearths a treasure trove of period footage. Dapper guys in skinny suits and sexy, bouffant-haired girl singers perform for sophisticated Phnom Penh nightclub crowds. The country seems prosperous and happy. And then they disappear into the killing fields. The look on the faces of the few survivors, interviewed in today's Cambodia, is something you'll not soon forget. But these days the voices of such singers as Ros Serey Sothea, Huoy Meas, Pen Ran, and Sinn Sisamouth are available in Cambodian markets, as if the Khmer Rouge had never existed. Best of all, the music sounds as cool today as ever.