Werner Herzog Explores the Internet (Warily) With Lo and Behold

No easy answers here, but plenty food for thought. 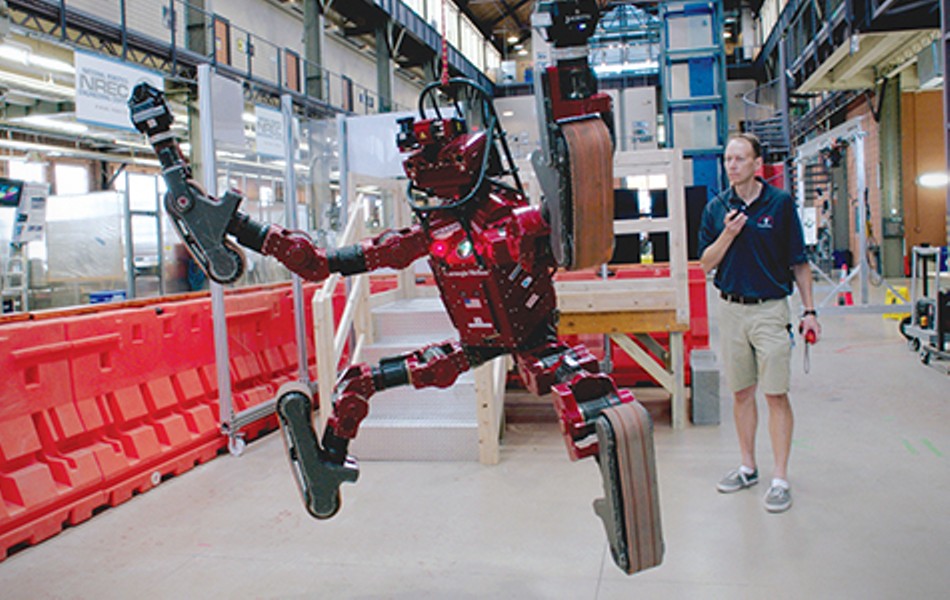 A robotics lab in Lo and Behold. 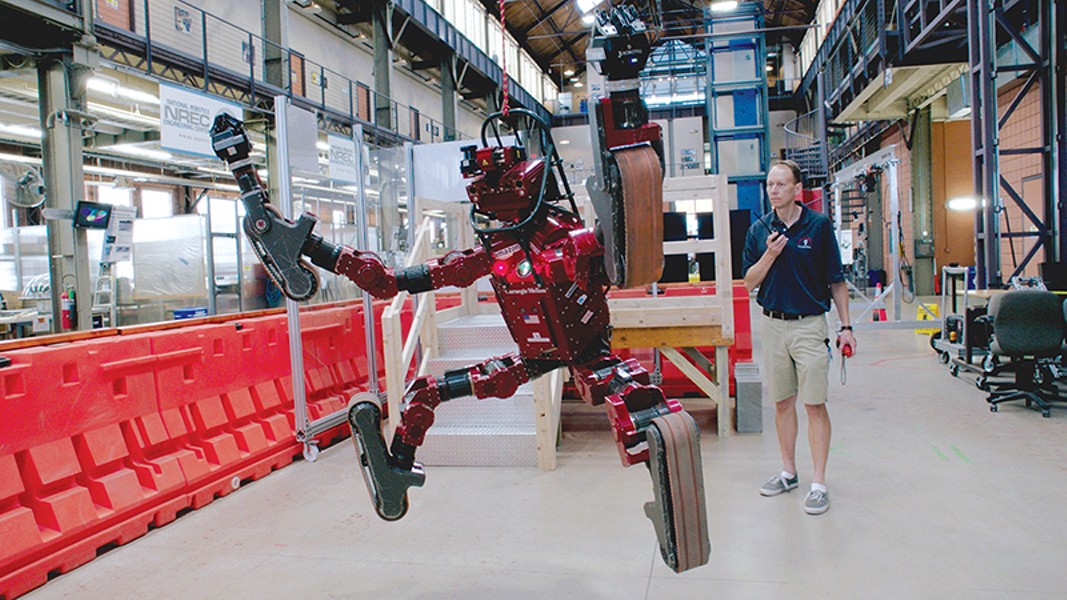 A robotics lab in Lo and Behold.
Lo and Behold
Written and directed by Werner Herzog. Opens Friday.

Werner Herzog has a voice made for sci-fi. His haunting Bavarian tones have made prison death rows (Into the Abyss) and pre-historic cave paintings (Cave of Forgotten Dreams) seem as strange and forbidding as the South Pole in Encounters at the End of the World. So it's natural that he would eventually get around to explaining the internet, in his mesmerizing new doc Lo and Behold.

Filmmaker Herzog assembles a phalanx of fascinating talking heads to tell the story, from the internet's birthplace on the UCLA campus in the Sixties, through the current hacker wars, and into the future — a place where computer nerds obviously feel at home. The enormous popularity of social networks and virtual reality in the marketplace come in for frequent comment. The tour conductor and crankiest of the assembled scientists is Leonard Kleinrock, a professor and i-pioneer who waxes philosophical easily. "I deeply regret that deep critical thinking, magical thinking, is being lost," he opines. "Computers, and in some sense the internet, are the worst enemies of deep critical thinking. Youth of today are using machines to basically replace their examination of things they're observing. They don't understand what they're looking at, or what they're hearing or learning. They depend on the internet to tell them, to decipher. They fail to understand concepts, and this is a problem."

Of course, Herzog sets himself up as the ultimate skeptic. He brags that he never used a telephone until age seventeen. Tesla's Elon Musk, robotics guru J. Michael Vandeweghe, cosmologist Lawrence Krauss, and other experts weigh in, but the tone of Lo and Behold, subtitled Reveries of the Connected World, is one of mystery. No easy answers here, but plenty food for thought.