A recent New York Times headline challenged the canonical placement of pianist Robert Glasper’s new album, Black Radio, by posing the question: “So is it jazz?” Although writer Nate Chinen never came up with a definitive answer, he showed that the question itself was pretty reductive. Glasper argued, diplomatically, that just because his music veers into other styles (namely gospel, hip-hop, and R&B), doesn’t mean it can’t have a strong foothold in the jazz tradition. But I'd put it more bluntly: If you don’t hear the jazz in Black Radio, you’re not listening. 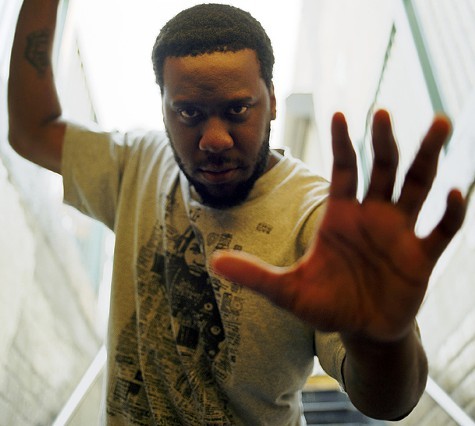 And that was readily apparent during Glasper’s Saturday night show at The New Parish, which was sold out well in advance of the date. The band, which goes under the moniker Robert Glasper Experiment, included drummer Mark Colenburg, bassist Derrick Hodge, and woodwinds expert Casey Benjamin, who played vocoder, flute, and sax. Glasper played a grand piano, which was impressive when you consider the architecture of that stage (I was only expecting a mini Rhodes or Moog synth. ). Singer Bilal and DJ Cali (of the perennially popular house music night, The People Party) were featured guests, although neither was visible to anyone without a front row sightline or a coveted perch at the upstairs banister.

That might have induced a lot of pushing and shoving, but this audience was insistently classy. In fact the crowd was comparable to any that would show up to a Glasper gig at Yoshi’s, albeit a little younger, and a lot better dressed. At a glance, it included dignitaries from all of the music scenes that Glasper wants to encompass — among the patrons were Souls of Mischief rapper Tajai, Oakland-born emcee Kev Choice, and KCSM radio host Greg Bridges.

He wasn’t the only besotted fan. Some audience members listed forward excitedly as Glasper and Benjamin launched into a funky, vocoder-laced rendition of Coletrane’s “A Love Supreme,” one of the only recognizable jazz standards in the band’s set. Although the music didn’t really lend itself to dancing, a few enchanted fans two-stepped in the mezzanine, and women hummed along with the more identifiable tunes as they waited in line for the bathroom.

Anyone with a pop palette need not have worried that night, since a lot of the songs were, indeed familiar. (Or barring that, the motifs were familiar, even if the band tweaked them beyond recognition.) Glasper’s setlist included the Floetry radio hit, “Say Yes" (a rather evocative reinterpretation with some altered changes), Herbie Hancock’s “Butterfly” (prominently featuring Benjamin’s vocoder in a way that referenced the Seventies source material), Nirvana’s “Smells Like Teen Spirit” (completely transformed, but for the main melody line) and a sultry rendition of his own single, “Ah Yeah,” which is omnipresent on R&B radio playlists. 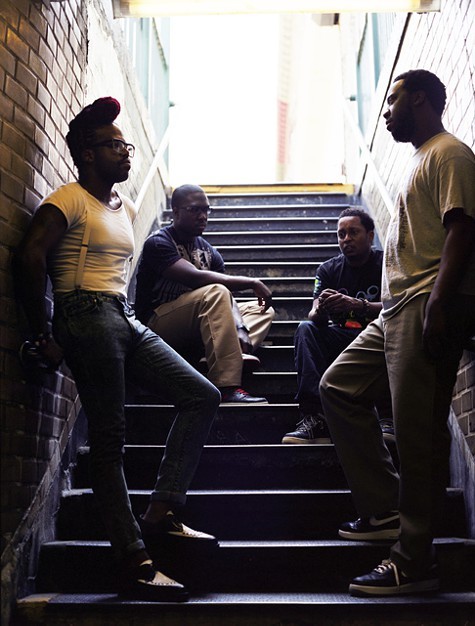 It appears that Glasper made a conscious choice to establish himself as an R&B composer, rather than hew to the more traditionalist ethos of some of his peers in jazz. His association with singers like Bilal, Musiq Soulchild, Chrisette Michele, rapper Lupe Fiasco, and the late producer J Dilla would suggest as much. But his omnivorous tastes and vast knowledge of music allow the pianist to poach liberally from any part of the jazz ecosystem. Even Glasper’s more conventional songs use gospel licks, abstract harmonies, parallel fifths, asymmetrical rhythms, and weird triplet figures that stand apart from what you’d normally find in pop music. At one point he had Hodge use the kind of reverb-laden harmonics you’d hear on a Jaco Pastorius record. His version of “Butterfly” began with a single repeated note — a C — tapped in tandem with Colenburg’s drumbeat, for what must have been 72 bars (or the whole A section). In the hands of a lesser musician, that might have seemed like schtick. Glasper made it exquisite. And for the record, he’s still signed to Blue Note.