Listening in the Dark 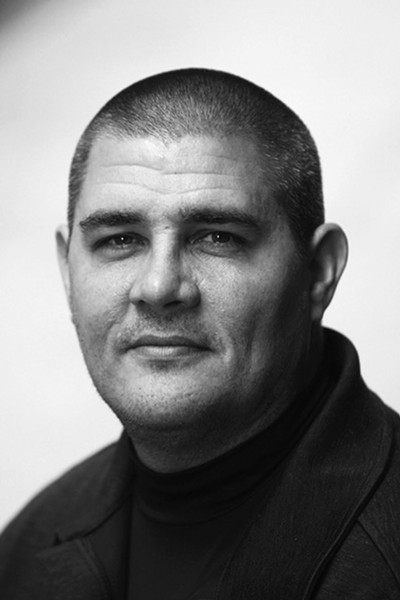 The protagonist of the first half of Adam Johnson's novel The Orphan Master's Son specializes in fighting (and therefore seeing) in the dark, an apt voice to open a tale set in North Korea, a nation closed off to the rest of the world. "While the book is a big, imaginative take on trying to find the humanity of people who are out of our gaze, I tried to keep a lot of the facts true," said Johnson, a writing professor at Stanford. "As far as a metaphor, it's hard enough when you're writing about your own world; writing about North Korea, I feel like, even though I had lots of research, and even though I based a lot of things on real events, I do feel like I had to make everything up wholesale."

Johnson had a few aids in his blind journey: nonfiction works on geopolitics, nuclear bombs, and economics; and defector accounts such as The Aquariums of Pyongyang by Kang Chol-hwan and Pierre Rigoulot, an account of Kang's time in gulags. "It really grabbed me that that story was real, that North Korea really treated people this way," Johnson said. "And it filled my imagination. It made me obsessive."

In 2007, he spent a week in the DPRK during the Arirang Festival, a gymnastics and arts jubilee commemorating the birth of Kim Il-sung. Though it's illegal, and therefore very dangerous, for ordinary North Koreans to interact with foreigners, the trip helped Johnson immeasurably, allowing him access to "the surface verisimilitude of a fiction writer — what smells were out there, what were people wearing, were there trash cans or mailboxes, what their buildings look like." Indeed, this detail, the natural landscapes and crowded cityscapes, the way citizens interact and the timbre of national radio broadcasts, all color Johnson's yearning, melancholy, and sometimes absurd narrative with a kind of blacklight phosphorescence. Kidnapped opera singers, tattooed fishermen, a man who no one will believe is not an orphan, and even Kim Jong-il himself — who died a month before the book's publication — come to humble but feisty life under Johnson's hand.

The story unfurls as though written by a man possessed, and Johnson, who reads at Mrs. Dalloway's (2904 College Ave., Berkeley) on Thursday, February 9, was indeed consumed by questions of expression and self. "There were all these stories of defectors, but there was no human dimension to it. There was no one explaining what it was like to live in this place, what would happen to your identity if you couldn't be yourself, if revealing yourself came with great consequences, or if you could be denounced for speaking your mind. If people with families reported on one another how would you be whole and human? When would you take risks for love, and when would you communicate your heart? To whom would you say, 'I think this is all a lie?'

"My book was a large, imaginative work," he said. "There was no other way to do it. What we would truly hope for is that a day would come when North Korean writers tell their own stories in a real and legitimate way. I would gladly trade my imagined version for their own heartfelt, artistic ones." 7:30 p.m., free. 510-704-8222 or MrsDalloways.com