Even in the progressive Bay Area, transgender people face rampant violence and discrimination, an issue we covered in-depth in last year's feature "Transphobia." Across the country, transgender women of color are particularly vulnerable — victimized at disproportionately high rates and subject to regular housing discrimination and harassment. With these hardships in mind, LGBT advocates in the Bay Area are now raising funds to establish an Oakland-based shelter that will specifically serve transgender women.

A new Bay Area advocacy group called Transitions House is partnering with the San Francisco LGBT Center to raise money for the Queens Cottage Shelter, which will "offer shelter, food, connections to local resources and a safe haven to transgender women in the area," organizers said in an announcement yesterday. 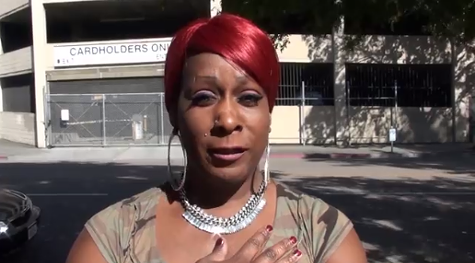 Queens Cottage Shelter founder Breezy Golden-Farr is a trans woman who was once homeless herself. She is spearheading the project with Clair Farley, founder of Transitions House and associate director of economic development at the SF LGBT Center. The two recently launched a crowdfunding campaign that has already raised more than $10,000 from several hundred supporters. The original target goal was $5,000, but given the fast pace of donations, organizers said they now hope to raise $20,000 by June 5.

If the project is successful, Queens Cottage Shelter will become the latest new resource for transgender women in the East Bay, which has seen an influx of services geared toward transgender people in recent years. The Transgender Law Center and the Transgender Gender Variant Intersex Justice Project both relocated from San Francisco to Oakland in 2013, along with City of Refuge, a ministry that does HIV prevention and works with trans people. Our feature story published last year also chronicled the efforts of Fremont-based TransVision, a group founded a decade ago after a group of men beat a trans woman to death in Newark.

Queens Cottage Shelter, however, will be the first shelter in the Bay Area that is dedicated to serving transgender people, said Farley. "San Francisco and Oakland are really important places where a lot of people feel safe to be trans. I think it's important that we also make sure that there are resources to match that. ... We really think this is an unmet need."

Data shows that, in addition to high rates of violence and discrimination, transgender people are also disproportionately impacted by homelessness and poverty. As the Queens Cottage Shelter advocates noted in a press release promoting the campaign, transgender women can struggle to find safe or affordable housing and can face harassment and abuse within traditional homeless shelters. The online campaign explained it this way:

Trans* people are often shunned and abused by the shelter system; they are often forced to sleep on the streets because they are abused and harassed by other shelter residents. Trans* women sorely lack a safe haven, where they can go for supportive housing. Queens Cottage Shelter will work with local partners to help empower residents reach for their goals of recovery, employment, school, and stable housing.

The Queens Cottage Shelter plans to initially open its doors to ten homeless trans women. Farley said that the group is still in the process of securing a location in Oakland and hopes to launch services later this year.

You can watch a video about the effort and donate here.