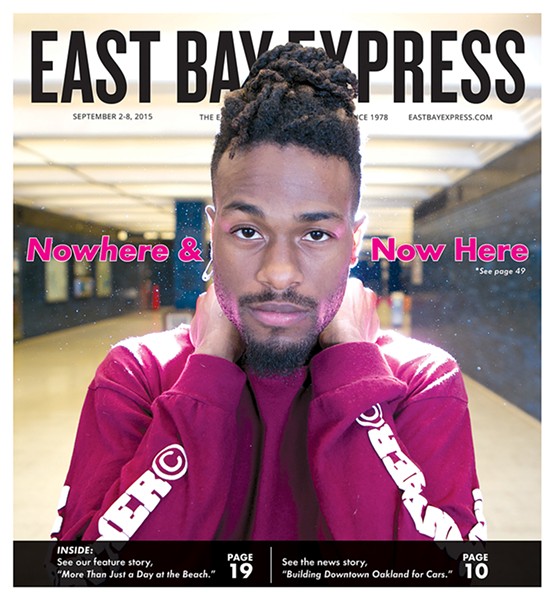 The Car Is Still King

The critical question for the city is when do we know when we have reached the tipping point and how is it best measured? Clearly in the short term, many buyers still want the option of owning and operating a car. When you have a car, you need someplace to put it.

Despite the current influx of East Coast dreamers priced out of San Francisco, new housing in Oakland is still being constructed at far lower densities than those seen in Manhattan, Chicago, and many other center cities in America. The city is embarking on a downtown-specific plan, but the reality is that nobody is or has proposed housing at anywhere near the three hundred units/acre already permitted.

We also do not generally have the developed multi-modal transportation networks seen in more urbanized areas across the country. This is California where the car is still king. Even people who want to live in Uptown, take BART, frequent the walkable music and dining experiences, want to drive to Napa wine country and dine in Marin and Sausalito sometimes. There is not yet the critical mass in Oakland to leap to no parking for new housing. The buyers know it, the city knows it, and most importantly, the developers and lenders know it.

What About Motorcycles and Scooters?

I would like to see more motorcycle/scooter parking in downtown Oakland, if not in all Oakland commercial areas. San Francisco has motorcycle parking available at a reduced cost, and Berkeley offers free motorcycle parking downtown and near the Cal campus. With motorcycle parking, the number of car parking spaces can be reduced while still allowing a choice of private transportation because four to five motorcycles and six to seven scooters can park in one car space.

In Oakland, there are currently two city-provided motorcycle parking spaces near my downtown office and both charge the exact same price per hour as cars and have a two-hour limit. It is difficult to park a scooter or motorcycle on streets where the city has opted for the pieces of paper to print in lieu of meters because 1) where do you put them so that they are seen, and 2) people can easily steal them.

I would gladly pay a few dollars per day to park my scooter near my office, and I know there are others who would do the same. I'm all for encouraging alternative transportation, but why can't we expand those alternates to holistically embrace all two-wheeled options?

We Need Housing, Not Parking

Here in the Bay Area, there's a dire need for more housing. In the market for housing are two kinds of people, those who can get along without cars and those who can't or won't.

Let's build first for those who can get along without cars. Eliminating garage space in new housing will leave more room for living units — which we need much more than we do additional traffic on our streets and highways.

If you build it, they (the cars) will come. Please, this is 2015, not 1955. Fewer cars, more public mass transit, less fossil fuel and parking hassles.

The harsh reality is that Earth's atmosphere has no borders — pollution flows freely across all borders — and therefore massive measures in one state make miniscule differences in the world's environment and, therefore, the environment in California. The entire United States is responsible for about 16.2 percent of the world's carbon dioxide emissions. California is responsible for 6.2 percent of all such US emissions. Therefore, if 100 percent of California emissions were abated, the world's emissions would be reduced by 1 percent. Brown's plan called for less than half that — fifty percent renewable energy by 2030. Even if the AB350 (the Clean Energy & Pollution Reduction Act of 2015) plan is totally successful [it failed last week], the world pollution would be reduced by less than one-half of 1 percent.

The growth in global carbon emissions stalled in 2014, according to data from the International Energy Agency. World emissions were unchanged from 2013. Meanwhile, the flagging US, European, Russian, and Chinese economies have reduced emissions even more since 2014 — so economic woes have already achieved at least the 0.5 percent of the worldwide objective of SB350.

The argument could be made that act is no longer as urgently needed — an act which penalizes Californians, the California economy, an act that if fully successful has almost no effect on the world's pollution. The penalties of slashing gasoline use in cars and trucks by 50 percent by 2030 is probably a mandate too far compared to its world effect and the probable economic costs to California citizens, who face higher fuel costs, possible business impacts, and forced investments in complying vehicles.

Californians have traditionally done more than their share in reducing carbon emissions, and there is no reason to believe they will not continue to do so of their own volition, unless so harmed by draconian government mandates that quash that spirit of cooperation. Perhaps Jerry Brown has considered this reality, coupled with the political aspects Robert Gammon also points out about his motivations.