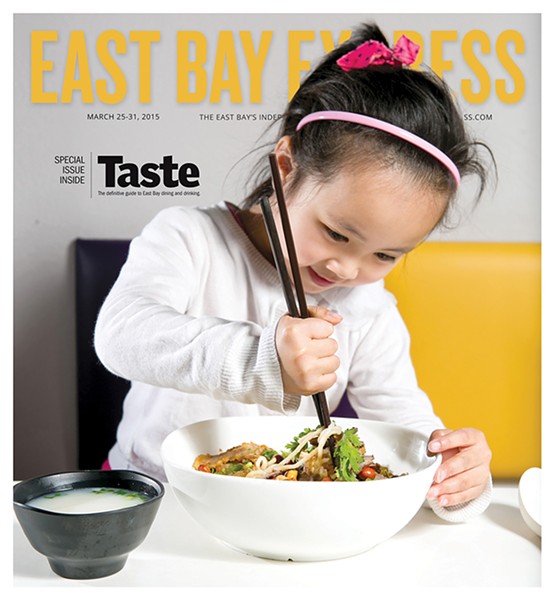 A one-bedroom apartment renting for $3,150 a month in this neighborhood will start a trend that will eventually make all apartments unaffordable for working-class people and force their mass exodus. That is reason enough to secure this piece of land for the development of affordable, mixed-income apartments rather than high-end apartments.

The Developer's Track Record Is Sketchy

The City of Oakland should be ashamed for selling out the public interest in favor of a backdoor deal to balance the budget by selling public land to allow more market-rate housing. I do not recall seeing that policy in the city's Housing Element. In fact, most of the document talks about the need for potential sites and strategies to get much-needed affordable housing built.

Virtually every residential project built in the Jack London district, Uptown, and downtown during the last housing cycle (2000-2010) was market-rate housing. New market rate projects along Broadway built during that cycle are still available.

I remind you that Mayor Jerry Brown killed the new baseball stadium deal for the A's at 19th Street and Telegraph Avenue in order to allow Forest City to build market-rate housing. Nice move Jerry! Imagine the Uptown restaurant and entertainment district with a ballpark as the anchor. We are talking about a whole different level of Oakland as a regional destination.

In addition to a questionable process outlined in the article and bad public policy, the track record of the proposed developer is sketchy at best. In addition to the problems in San Francisco, this developer also built a project called Palm Villa in East Oakland. The project was fraught with financing and construction-quality related issues from day one. By the way, this developer also led the group that was supposed to rescue Yoshi's in San Francisco. That lasted six months and they folded for lack of financing. Why in the world would the city want more of this aggravation?

It's A Backroom Deal

Don't be surprised if the city finances the purchase of this land. Government can't function properly without transparency and accountability, and this can't be accomplished when government officials conduct public business in private.

The Yurok and Hoopa Valley People Need the Water

I wanted to thank Will Parrish for his article on the water transfers threatening both the California Indians and fish in the northern part of the state in favor of San Joaquin Valley agribusiness. Both the Yurok and Hoopa Valley people rely on the Trinity and Klamath rivers for their livelihood in order to catch salmon and other fish as their food.

It's a shame that the US Bureau of Reclamation wants to divert the water in order to provide it to San Joaquin Valley agribusiness, which is represented by both Westlands Water District and the San Luis and Delta-Mendota Water Authority.

The Yurok and Hoopa Valley people need the water as their survival more than agribusiness, and the bureau needs to stop diverting it.

"It's Time to Overturn the State Ban on Rent Control," Seven Days, 3/25

Costa-Hawkins Applies to Single-Family Homes, Too

Another aspect of this law, which I learned about when I was served a 50-percent rent increase on the house I was living in in San Francisco in 2000, is if you move into a single-family home after 1996, you are also exempt from rent control. When I received my rent increase notice back then I was like, "She can't do that, we have rent control!" Wrong. That's when I learned all about Costa-Hawkins. Almost nobody back then had heard about it, and it seems to be the case today as well.

It's About Supply and Demand

Wake up people — the population is continuing to grow and is not stopping anytime soon. This is what is driving demand and driving the rent prices up. Too many people want to live in the same area, where there is not enough housing, thereby driving prices up (this is how its supposed to work). Instead of punishing the housing suppliers and other providers of goods and services, tell the NIMBYs its time to allow progress and support the building of enough housing to support the never-ending population growth. Or go live in China.

Smaller Buildings Are the Answer

I built apartments in Oakland from 1985 to 1988. In total, I built more than one hundred units, but I quit when I couldn't find enough land at prices that made sense. Since then, Oakland and Berkeley have seen the construction of many high- or semi-high-rise apartments. Such apartments are never cheap. It costs too much to build them. Incidentally, one of my developments was completed in 1985 with rents at $660 and $675 per month. I sold the buildings (three four-plexes) in 2005, twenty years later, and the rents were $675 to $725.