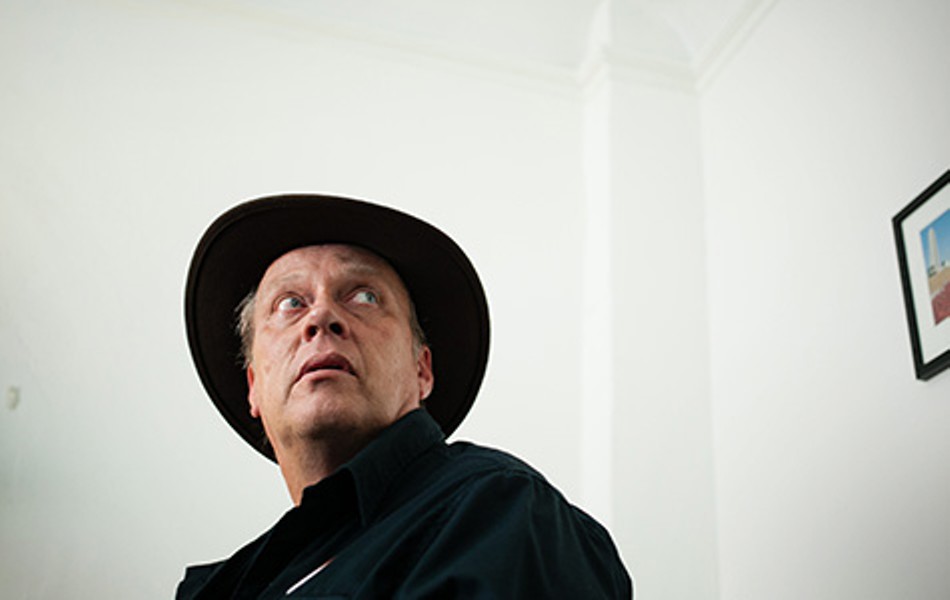 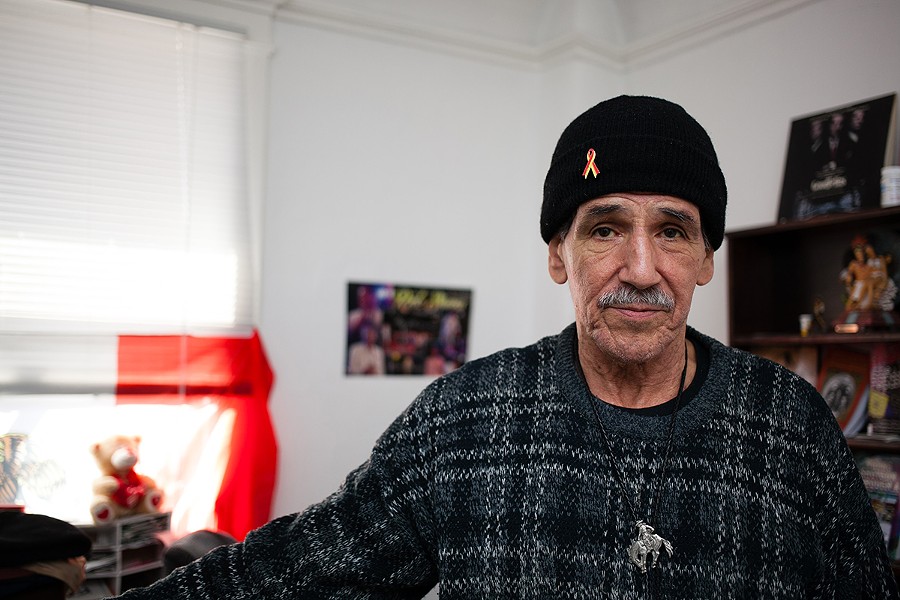 "The elevator has been a nightmare for years and years," Singer said, adding that Haber plans to permanently fix it. City records show that the building's previous owner was cited three times, once in 2011 and twice in 2012, for the inoperable elevator. But Chavez, Howe and Waller maintain that it has never gone more than a week without being fixed.

Records show that city inspectors verified the broken elevator on April 22 and issued a citation. On the same day inspectors also verified that the front door had no lock, a problem Haber later fixed.

Yet issues persist. "We all had individual mailboxes behind the front desk," said Waller, a self-described former Dead Head who used to work as a paralegal. After suffering a stroke, Waller went on disability and moved into the Travelers. "Haber moved the mailboxes all into a utility room and now we can't get to them." Waller said the inaccessible mailboxes means that residents can't get their paychecks, SSI and disability checks, and important medical records in a timely manner.

Singer acknowledged the mailboxes have been removed, but said Haber plans to install new individual mailboxes.

Travelers resident Howe was homeless for four years due to health problems before he briefly moved into the Menlo Hotel, one of Oakland's more dangerous SROs. He switched over to the Travelers in 2009, because he was seeking a safer place to live while undergoing chemotherapy. He recovered after 18 months and got a job at the Oasis Clinic as a Hepatitis C educator. "Chinatown is its own little world," Howe said. "I'm an outsider, but I'm also a little part of it."

Both Howe and Chavez said the Travelers' location makes it an important affordable-housing resource in a rapidly gentrifying area. And its proximity to public transportation — one block from BART's 12th Street Station — makes it the perfect home for disabled people or those who can't afford Uber. Chavez said if he has to relocate, it could make his commute to work impossibly long. He might not be able to continue.

"My doctor at the Asian Health Center is just two blocks away," Waller said. "So, if I'm pushed out —" he trailed off, turning the statement into a worried question.

Beau Knapp, another Travelers resident, said that Haber is pressuring people to relocate to different units in the building while their rooms are renovated. But it's unclear if people will be offered the right to return to their rooms at their previous rents.

Knapp and Waller both suspect the renovation costs will be passed on to them when they move back in, and that they won't be able to afford the higher rent. "I don't expect to be paying $685 to live in the Four Seasons," Waller said. "But I'm afraid he's going to re-offer our units with the pass through, make us pay $975 or more."

The attorney also said Oakland's rent-control regulations will protect Travelers residents from excessive rent increases, even with the pass-throughs that will allow Haber to raise rents in order to pay for capital improvements. "I hope this can be a model of how gentrification can occur and not impact people on the margins, and maybe even help them," Singer said.

Knapp said even if the Travelers residents get to stay in the building, Oakland's ongoing loss of SRO housing is a disturbing trend. "There used to be hotels all over. Now there aren't." Knapp said on a recent afternoon as he stood on the sidewalk of 11th Street in front of the building with Chavez and Howe. He pointed toward the Bay and swept his finger across the city toward Lake Merritt and ticked off the names of hotels where merchant marines, military veterans, parolees, sobering addicts, sex workers, migrants, and other marginalized people have sought shelter — hotels that no longer exist. The Will Rodgers. The Westerner. The Avondale. Lake Merritt Lodge. The Moor. Hotel Royal. "Where are regular old guys without families gonna live? You get rid of this housing, throw people out on the street, they just might end up on your sidewalk."

The Travelers residents aren't waiting around for Haber to help them with gentrification. They recently formed a tenants association to advocate for themselves. And according to Chavez, they're also planning on filing petitions with the Oakland rent adjustment program to address the elevator, mailboxes, and other issues that they characterize as illegal withdrawals of services.