Keeping Up With the Kennedys

A man dies, nations rise and fall, and Monica Wood's memoir lives on. 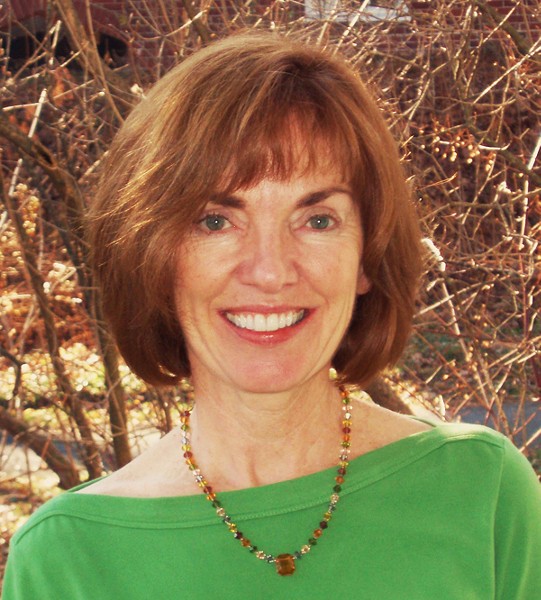 The most engaging writers tend to be avid readers, and can usually tell you their favorite books, authors, and quotes at the drop of a dime. Monica Wood is no exception. The author of Any Bitter Thing says that the book that changed her life was J.D. Salinger's Franny and Zooey, her perennial go-to reread. "I was so stunned by the real-life dialogue," Wood said. "The stories felt so contemporary to me even though they'd been written before I was born." So it follows that her new memoir, When We Were the Kennedys, feels immediate and intimate, even as it centers on events that happened before a good portion of her audience was born. Wood, who will read and discuss the book on Tuesday, August 7, at A Great Good Place for Books (6120 LaSalle Ave., Oakland), has written a distinctly American, highly digestible memoir about life after the death of a family's patriarch. And not just any family: a large, Irish Catholic family, in mourning shortly before the assassination of John F. Kennedy.

The connection is a powerful one. Wood's family's loss of its breadwinner and anchor — who was also one of the community's respected elders — eerily predated the trauma the entire nation was about to endure. Woods' mom felt oddly akin to and comforted by the stoic Jacqueline Kennedy, while Woods and her siblings sympathized with Caroline Kennedy, as school chums became shy around the family without a father. "What I tried to do is write a personal story of loss in the largest possible context ... an evocation of a time and place when America was an industrial leader," Wood said. Ground zero is Mexico, Maine, the picturesque small town surrounding a paper mill where everyone was either employed or related to an employee. The mill served as a centerpiece, so big you could see it from anywhere in town, with lives revolving around its sulfur-and-egg-scented depths like celestial bodies.

But it's home where families are made: siblings and parents, the neighborhood babysitter, the grandmother who kept an eye on all the kids — it takes a village, after all. "I think we never escape our family of origin, whether that family is full of saints or full of demons," Wood said. Initially asked to write for an anthology about place, Wood was doing just that when her fifth novel "hit a snag" that left her beyond writer's block, in professional despair. "I went home, metaphorically speaking, writing about the comfort of my childhood family." When We Were the Kennedys is also a musical memoir — from the sound the widow makes upon learning of her husband's death ("Ohhhh") to the actual birdsong peppering the narrative. Grief literally played out aloud. Wood, who was once a professional singer, acknowledges that "when I'm in a place of deep grief, music leaves me completely." Yet it came back in the memoir, through its characters.

Wood recreates what was easily the worst year of her family's life, but one that led to unexpected growth. And she has the support of her family members, who understand that their story is in good hands. "The book has gotten really great national reviews, but the ones that mean the most to me have been from people back home," she said, "who are glad to have our life and times introduced to a larger audience." 7 p.m., free. 510-339-8210 or GreatGoodPlace.Indiebound.com