In Praise of Oakland’s Koreana Plaza

The Telegraph Avenue market is where this Korean American from SoCal goes when he wants a taste of home. 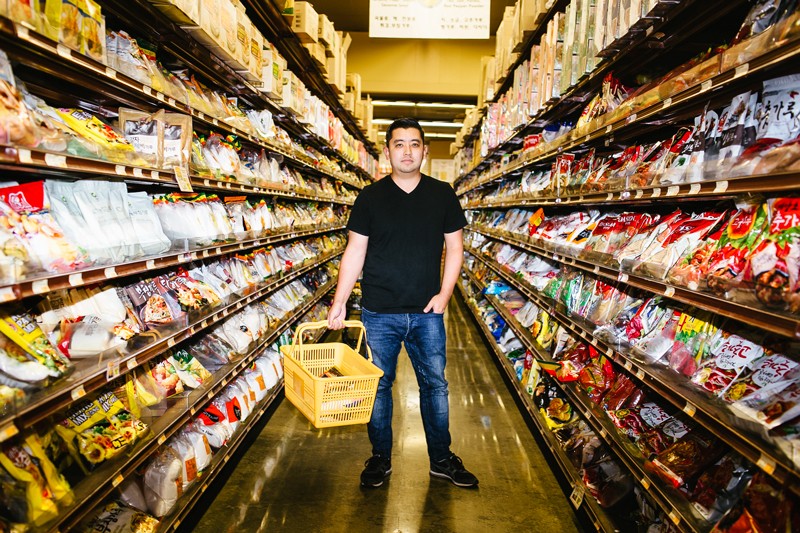 This year, I was once again tasked with making dduk guk, the rice cake and brisket soup that Koreans make to ring in the new year. It’s a dish I’ve learned to cook from myriad sources, including my Korean grandmother (who taught my white mom) and Maangchi on YouTube. Mastering the recipe was something of a personal mission, so when I finally made it the right way — to my taste buds, at least — I was thrilled.

Finding ingredients to make dduk guk was easy where I grew up, in (whispers) Orange County. Southern California is home to the most Koreans outside of Korea, so there are tons of excellent Korean grocery stores to choose from.

Not so much the Bay Area.

When I first moved to the East Bay, I settled in Hayward, which is now a growing restaurant hotspot but wasn’t super exciting, food-wise, in the early 2010s. I especially missed having easy access to a Korean grocery store. Sometimes, out of desperation, I would drive an hour to Santa Clara just to get the right yeot (rice syrup) or kimchi that didn’t suck. Then, someone suggested I check out Koreana Plaza (2370 Telegraph Ave.) in Oakland.

Make no mistake, Koreana is still no match for H-Mart or Zion Market, literally the only two things I miss about Orange County. But what it lacks in the glitz of those markets, it makes up for by having exactly what a Korean American needs to cook the food of our people.

There are few places in the East Bay quite like Koreana. You will, at some point, almost die driving in the too-small parking lot. Sometimes you will be guided to an open space by a friendly security guard. Other times it’ll just boil down to an intense game of chicken between you and the ahjumma on a mission. (I always lose to ahjumma.)

Inside you’ll find that things are neatly ordered. Not long ago they revamped the butchery area, making it easier to find the cuts of meat you’ll need to show off your marinating skills. Off cuts like pork jowls and honeycomb intestines — things that not even Berkeley Bowl has — share shelf space with “LA Kalbi”-cut short ribs. There are packages of thin-sliced ribeye for your next hotpot dinner, and, if you’re really lazy, you can buy their pretty good pre-marinated meats to grill at home.

At Koreana, you can buy great-quality dasima and dried anchovies to help you make better tasting kimchijigae, or potato starch you can use to make superior Korean fried chicken. On a lucky day you might find nutty-tasting perilla seed powder, crucial for the making of gamjatang, the pork neck soup that is one of my favorite things to eat (and remains far off the hipster radar for now).

Koreana’s produce section isn’t as grand as other markets, but you’ll find ample napa cabbage for making kimchi at home, and a nice variety of chilis, including cheonggochu, a staple of countless Korean recipes that happens to be delicious when dipped in doenjang — one of the many fermented pastes you’ll have access to here.

Yes, Koreana carries gochujang, for those of you who want to mix it into an aioli and call your sauce “Korean inspired.”

And yes, they have the oval-shaped rice cakes you need for dduk guk.

When I was checking out with my dduk guk materials, the cashier eyed me suspiciously. Despite my Korean last name, the fact that I’m multiracial always throws people off; Koreans often don’t believe I’m Korean.

“You making dduk guk?” he asked.

“Yes,” I responded, already knowing where this was going, having had this conversation at countless Korean grocery stores.

“Nooooo,” he said, smiling and shaking his head. “Are you Korean?”

“Noooo,” he said again, shaking his head as he packed my bag. “Cannot be!”

But it can, and is, and despite all of this — and exactly because of this — Koreana feels like home.