In ‘Escape Room,’ It’s All in the Game 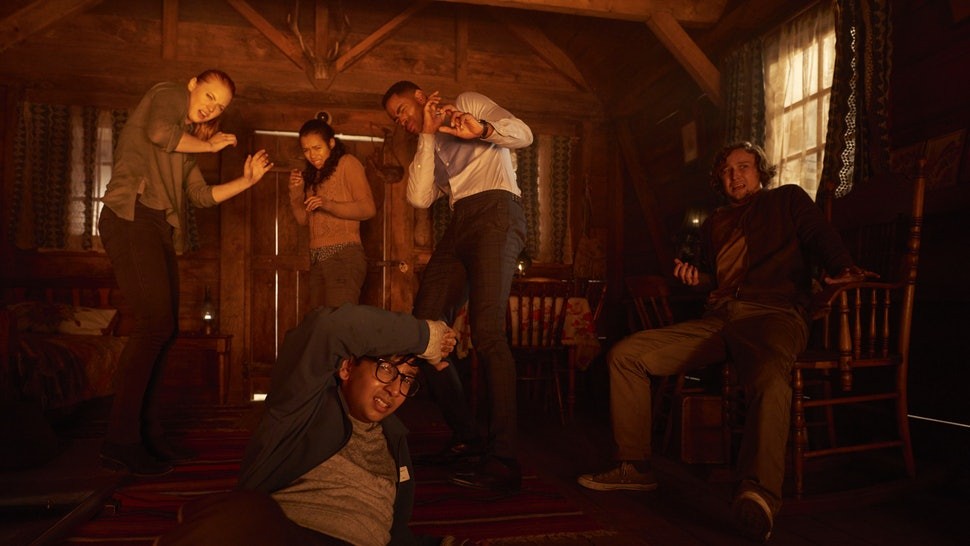 Once more we find ourselves in the lonely first full week of January, graveyard of unsuccessful holiday releases, when new movies are rushed in to fill the holes left by things like The House that Jack Built. Escape Room, the latest from actor-turned-horror/thriller-director Adam Robitel (The Taking of Deborah Logan), has all the earmarks of a classic Plan B. It’s practically the only new movie in Bay Area theaters this week.

At first glance, the scenario — written by TV hands Bragi F. Schut and Maria Melnik — appears to be just another piece of flimsy youth market bait that could have been made up by a robot, in this case a nod to the popular interactive game of the same name. Six mismatched but carefully chosen players show up at a deserted Chicago office high-rise for a contest of wits involving six different deadly fantasy environments. The challenge: Escape or die.

The usual rules apply. While the contestants scramble around desperately searching for clues and trying not to be killed, audience members mentally rank the game players and place their own private bets on which one(s) will survive. From what we observe early on, our sympathies lie with Zoey (Taylor Russell), a shy math-nerd student with self-esteem issues. Or maybe Ben (Logan Miller), a similarly unloved dishwasher and chain smoker of cigarettes. Or perhaps hard-luck working stiff Mike (Tyler Labine from Tucker and Dale vs Evil). The other three — an Iraq vet (Deborah Ann Woll), a financial trader (Jay Ellis), and a techie (Nik Dodani) — seem doomed from the get-go.
Any resemblance between this flick and a reality TV show — or The Hunger Games, for that matter — is undoubtedly intentional. But somewhere in the midst of the characters’ ordeal, the common sense factor drops away and the psychedelic-psychotronic-psychodrama takes over, with trippy-dippy production design (by Edward Thomas) and set decoration (Tracy Perkins), accentuated by Marc Spicer’s cinematography. Is it a disaster flick, a game riff, or an exercise in social Darwinism? Uh, all of the above? You don’t necessarily have to choose between Roma and Mary Poppins Returns this weekend. You could always let down your guard, go to Escape Room, and scream your fool head off.