The city's rent review board has nothing to do. 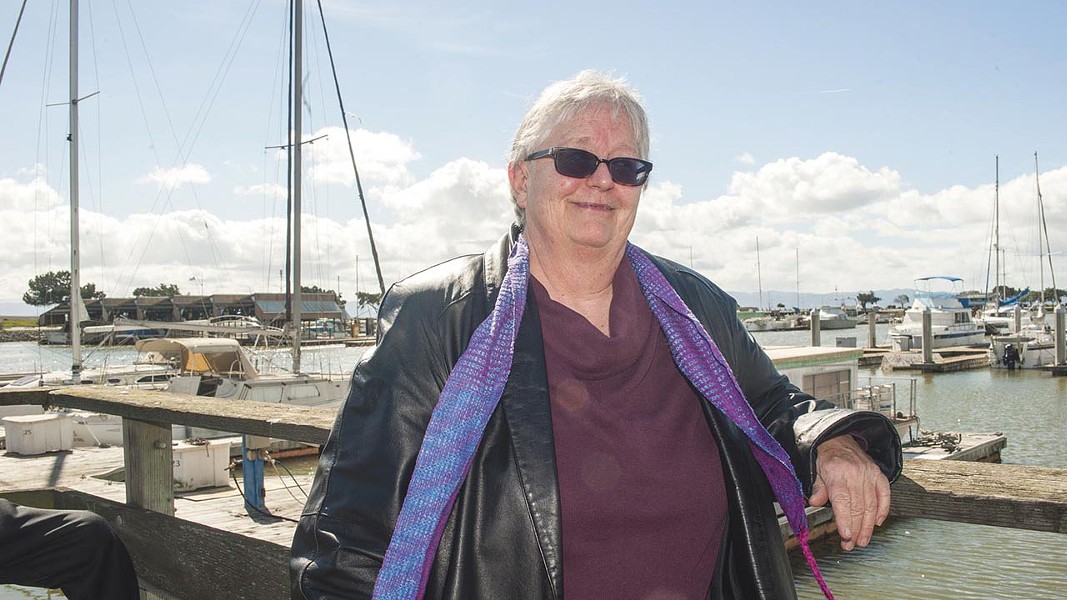 Last January, the City of San Leandro notified the public that the Jan. 22 meeting of the San Leandro Rent Review Board was cancelled. The reason? "Due to a lack of business items," the agenda read.

The cancellation notices have been increasingly common in recent months. During 2018, half of all monthly Rent Review Board hearings were cancelled. Including last month, the last four have been cancelled and six of the last eight meetings never occurred. It's curious occurrence in a city and region where the housing crisis looms large and rising rents are pushing out long-time residents.

The board's inactivity begs a question: Has San Leandro figured out how to stabilize its rental housing market? Or is it merely papering over anxiety still percolating among tenants?

The Rent Review Board's lack of activity is chronic. In 2017, seven of 12 monthly meetings were cancelled. During one stretch, the board failed to meet for five straight months. Furthermore, between November 2016 and July 2017, the Rent Review Board did not meet for eight of the next nine months.

This came during a period of time in late 2016 when residents were packing council meetings and actively lobbying for the city enact a tenant relocation payment program. The board's lack of activity appeared discordant with the public's enthusiasm for regulations to stymie rising rents.

San Leandro Community Development Director Tom Liao says the city's Rent Review Board, first created in 2001, typically fluctuates with highs and lows in the housing market. At the start of the housing crisis earlier this decade, it was common to have 25 cases come before the board each month, he said.

"It seems like there's no activity, but staff is working on this constantly," Liao said of the recent cancelled meetings. "We're fielding calls and working behind-the-scenes every day. Our intent is to bring together landlords and tenants." The city also works with ECHO Housing to help counsel rental disputes.

Liao said many potential rent-review complaints are weeded out by city housing specialists. Often the points of contention are minor and easily fixed, such as landlords failing to correctly notify tenants of rent increases.

Over the past few years, San Leandro city officials have often downplayed suggestions that rent increases are skyrocketing in the city, calling the city one of the last affordable housing markets in the East Bay.

Silva maintains that rental housing markets in Oakland, Berkeley, Alameda, and Hayward should be viewed differently than San Leandro and the rest of Alameda County. His treastise is undeniably rooted in dislike for various types of rent control enacted over the years in each of the four cities. Oakland has a two-tiered housing market delineated between units built before and after former Mayor Jerry Brown's push for new downtown housing. Berkeley is impacted by U.C. Berkeley, said Silva. Alameda has challenges with supply rooted in its history, and Hayward has an aging housing stock he believes is related to rent control measures approved in the late 1970s and early 1980s.

Silva said rental activity in San Leandro seems to be slowing down, which is a perception shared by some renters. He attributes the downturn to uncertainty in the local economic outlook and society at large. "In these times, most people hunker down and stay where they're at unless a life event comes up like a new job," He said.

Jeromey Shafer begs to differ. Shafer ran for San Leandro mayor last year on a platform in favor of rent control. He has continued his advocacy for renters' rights since.

He believes the lack of agenda items at the Rent Review Board is not a symptom of success, but an example of its impotence. After all, he noted, the board's decision are merely nonbinding recommendations. "What can they do?" Shafer asked. "They don't have any say for what landlords can do. Why would you meet with the Rent Review Board and go through the hassle?"

In addition, he said, many renters believe it's risky for them to call out their landlords in a public setting recorded on video. "There is good chance for retaliation," Shafer said. "If a landlords chooses, they can go after you through legal means, and I would imagine it's tough to prove retaliation in court." But Shafer tells renters that speaking about the poor behavior of their landlords on the record also inoculates themselves if retribution indeed occurs later.

Shafer bemoans the absence of hard data with which to accurately gauge the city's rental crisis. "We don't have the information because the city doesn't collect it," he said. "As an activist, I can't look at the numbers and find that 12 families were evicted from one building or see patterns of rent increases and evictions. I can't tell you if anyone has actually received relocation payments and how much." The lack of reliable rental tracking data also is an issue in neighboring cities, such as Alameda and Hayward.

Nevertheless, examples of San Leandro renters struggling to keep their head above the water are common. Ginny Madsen has lived in a scattering of duplexes near the San Leandro Marina for the last 14 years. Turnover is high, she said, and few new tenants last more than a year in their units. She said that long-time residents like herself are struggling to make ends meet. "There's scratches on the door jam from people just trying to hang on," she quipped.

"My rent is more than my Social Security," Madsen said. "I'm dipping into my savings every month. I don't buy food. I don't have health insurance. In order to stay in town, you have to cut things outs. This is not uncommon among renters in San Leandro."

Yet Madsen also admits that the city's 7 percent threshold for raising rents has somewhat reduce latent anxiety among tenants. Still, the underlining power structure that she believes created the housing crisis remains.

Rental activists heap much scorn on Silva. During last fall's mayoral race, Shafer's campaign distributed a mailer depicting Silva as Stromboli, the menacing puppeteer from Pinocchio, controlling the action of city councilmembers. Silva was re-appointed to the Rent Review Board by Mayor Pauline Russo Cutter in 2014 after absence from the board. The pick was criticized by some since Silva, at the time, also held official roles with the California Apartment Association and Rental Housing Association of Southern Alameda County.

"If you're going against Tom Silva at the Rent Review Board, you're not going to get a fair deal," said Shafer. "You do what Tom Silva says," Madsen added. "You can talk only when he says. He talks down to the board, talks like he controls the City Council."

Such sentiments are not universal, however. Some credit Silva with adding a measured and reasonable voice to the board, in addition, to level of expertise in the city's housing market.

Still, perhaps Silva's expertise is relied upon too much, especially by the City Council. Two years ago, when the council was poised to approve its Tenant Relocation Assistance Program, a councilmember summoned Silva from the audience and asked whether he agreed with the wording of the motion. To many renters, the scene was a visible example of Silva's power at City Hall. The resulting ordinance was ultimately a watered down version of the original.

In many East Bay cities, activism for greater renters' protections have fomented following high-profile cases involving mass evictions and triple-digit rent increases. That has not been the case in San Leandro, partly due to the factors Silva credits. There have been no such headlining cases in the city, although rent increases at two mobile home parks — Trailer Haven and Bayshore Commons — have gotten attention over the past two years. The case of 82-year-old mobile home owner John Busch is a prime example. After resisting a large rent increase on the plot of land he leases at Bayshore Commons, the new park owners summoned Alameda County Sheriff's deputies to forcibly evict him. Busch spent the weekend before last Thanksgiving in jail. The park's owner later labeled him a martyr during a council meeting last month.

But the range of events led the city staff to recently propose a mobile home rent stabilization ordinance, which many San Leandro housing activists heaped praise upon last week.

But on the rental-housing front, tenants have repeatedly failed to organize. Various iterations of tenant groups never got more than 20 people to attend planning meetings and even well-known outside groups like Tenants Together did little to break through the dissonance, Madsen said.

A surge in activism is coming, predicts Shafer, who might not have been successful in last year's mayoral race, but touched a nerve among renters dissatisfied with the status quo. "San Leandro can be slow to adapt to changes in the Bay Area. But the time is coming."