Hacker Scouts, an Oakland-based nonprofit group dedicated to science and technology education for youth, has decided to change its name after repeated legal threats from the Boy Scouts of America.

"We did not want to dedicate the next year to fighting this. We did not want to slow down," Samantha Cook, executive director and founder of Hacker Scouts, tells the Express. "We're not a name. It's our substance. It's what we do that makes us who we are."

The organization, which now has dozens of programs across the country, posted a note this week announcing that BSA is refusing to compromise — and that the Hacker Scouts board does not want to get involved in a legal battle. 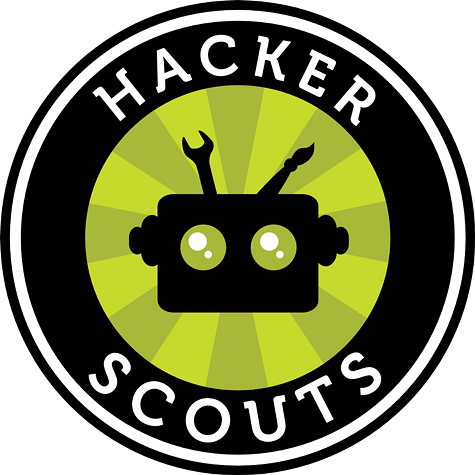 The decision comes as Hacker Scouts, which was founded last fall, is seeking funding for its new Oakland headquarters through a Kickstarter campaign. The debate regarding BSA threats has already been a major distraction, said Cook, who added that it's time to move forward with the growth of the organization.

"It had already taken up so much of our energy and time," she said, "and that wasn't going to stop if we then went into a litigation situation."

The most recent letter from BSA, which came after a cease and desist letter in the spring, warned Hacker Scouts that it would file a lawsuit within seven days, said Cook.

Originally, BSA officials had expressed interest in reaching some sort of amicable agreement, but since have been unwilling to compromise, she added.

"It's been disappointing," she said. "The BSA had a chance to do what I feel is the right thing."

Potential compromises included some sort of licensing agreement and disclaimers and clarifications on the Hacker Scouts site making it clear that it was not affiliated with BSA.

"It's ridiculous for them to be able to trademark a word," Cook says, noting that the Boy Scouts have a nearly century-old congressional charter that allows the group to pursue this kind of legal action.

"The only agreement they were willing to entertain is us changing our name," she said, adding, "There were a lot of people who wanted us to fight it.... If it were a discrimination case, we would totally win, but it's not. It's a trademark case."

The group now has a short list of potential new names and will make a decision in the near future, Cook says. You can read her full explanation of the decision here.

In a statement to the Express, BSA spokesman Deron Smith said, "Scouting builds the future leaders of this country by combining adventure, educational activities and lifelong values. The BSA applauds any group whose aim is to use principles similar to the Scouting program. We are thankful we have reached an amicable resolution."

Hacker Scouts focuses on STEAM (science, technology, engineering, art, and math) education, skill building, and community engagement, and the group hosts regular "Open Labs," where youth work with mentors and experts on a range of projects.

Here is the group's Kickstarter campaign, which has an October 12 deadline.