Guns Versus Birds at the Point

Environmentalists and Alameda residents are upset that the sheriff’s office held an Urban Shield military-like training exercise at a nature preserve and bird refuge.

On the morning of Saturday, Sept. 6, an armored vehicle trundled up the dirt road of the Alameda Point Nature Preserve, a protected area of land owned by the U.S. Department of Veterans Affairs. The truck stopped, a loud explosion rang out, and armed people dressed in SWAT uniforms ran out toward the truck shooting blanks. Soon after, the loud process repeated. And then again and again.

All told, the exercise on the nature preserve took place as many as 35 times as part of the rotating simulation training at Urban Shield, the controversial weapons expo held annually by the Alameda County Sheriff’s Office. Last March, the Alameda County Board of Supervisors voted to end the event as “currently constituted.” In the event’s last year, the sheriff’s office’s decision to repeatedly stage a disruptive exercise on a nature preserve designated for endangered birds and other wildlife raised alarm bells with environmentalists and Alameda residents.

The preserve, which sits on 511 acres of land on Alameda Point, from May to August is a prime breeding ground for the California least tern, a federally listed endangered species. Though least tern breeding season is over, the preserve’s remote location and quiet atmosphere make it a favored destination for other migratory birds as well, like horned larks, meadowlarks, and killdeer. Some birds, like the western burrowing owl, winter at the site.

On Sept. 6, though, Urban Shield organizers set up a counterterrorism simulation within the area of the point designated for birds and other wildlife. The training, which was meant to simulate a hostage/active shooter situation according to an observer of the event, included explosions from fake improvised explosive devices that were roughly as loud as “a firework going off,” according to the witness and the sheriff’s office.

“You don’t fire M16s and set off explosions at some place that’s meant to be a protected area for birds,” said Richard Bangert, a local environmentalist who first reported the activity in The Alameda Sun. Such noises can impede birds’ ability to mate and, in the long run, may also cause them to exhibit symptoms similar to post- traumatic stress disorder in humans.

Veterans Affairs, which owns the land, allowed military-like training activity despite stating in its own 2013 Environmental Impact Assessment that it would not stage any “exercises” on the so-called “[u]ndeveloped” area in the preserve at any time of the year. The report, which the VA co-authored with the Navy, was made as a condition of the VA buying the land from the Navy.

The VA’s assessment report superseded an earlier 2012 Biological Opinion by Fish & Wildlife. This opinion had allowed some kinds of emergency preparedness to take place. But following the publishing of the 2012 opinion, the city of Alameda, Fish & Wildlife Service, the Audubon Society, and the Sierra Club wrote a letter to the Navy and the VA expressing concern about allowing emergency training at the bird refuge.

Among other things, the letter called for a more thorough environmental impact assessment of Alameda Point, clear explanations and assessments of activities prior to conducting them, and a written commitment to preserving the integrity of the refuge as a whole. “Basing the [r]efuge solely on the presence of the California least terns provides an incentive to VA to have less interest in preserving the tern colony,” the co-signers wrote. 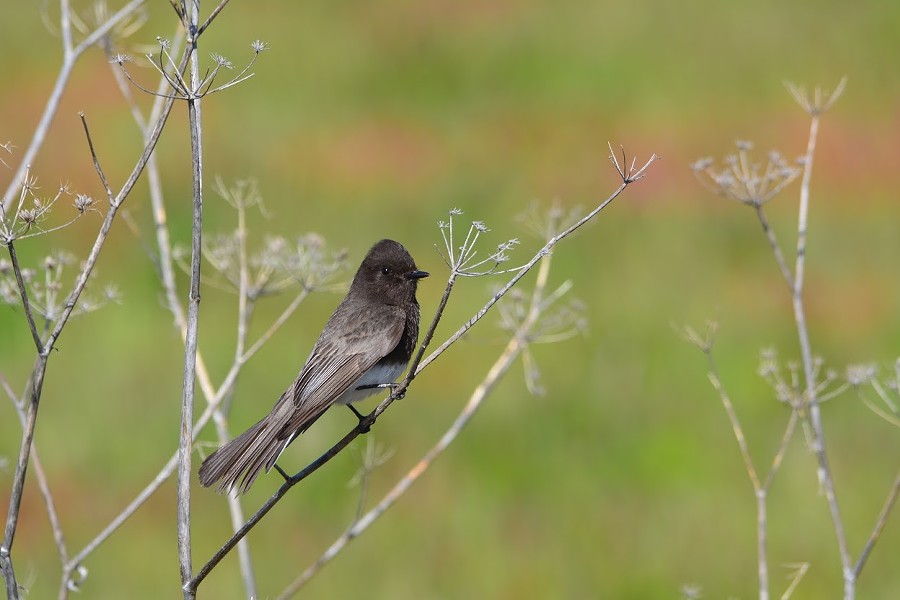 Reached for comment, Will Martin, a spokesperson for the VA Northern California Health Care System, said that the characterization of the exercise as out of compliance with the 2013 assessment was “inaccurate,” citing language in the same assessment that said “the facility may also be used as a location for emergency training exercises during least tern non-breeding season.” He also said he’d gotten guidance and official statements stating that exercises may be held on the “facility.” When asked what he meant by “the facility,” Martin did not respond.

Several old military bunkers on the former naval base that could feasibly be the “facility” do exist on the nature preserve, and the exercise took place within them — in part. But Tano Trachtenberg, a legislative aide for the Berkeley mayor’s office who witnessed the event, said the event extended beyond the bunkers into other parts of the preserve.

“My reaction was, ‘Wow,’” said Trachtenberg, who had been unaware the land he was on was a nature preserve until he was informed several days later. “But also, you know, not complete surprise.”

Trachtenberg said that the Urban Shield program has “not been very self-aware” in recent years and has continued to weather high-profile controversies, including the presence of the right-wing group Oath Keepers at events, ICE as a tactical SWAT team, and controversial vendor/funding sources. “You’d think a program under that kind of spotlight would work hard at minimum to hide [more controversial elements],” he said.

But those who put on the event maintain that it should not have been controversial at all. Martin, the VA spokesperson, said that his group and Urban Shield coordinators had sought guidance from local Fish & Wildlife Service “experts,” who had told them the least terns had left the site at the end of August and that their exercise would pose no threat to the species.

Sgt. Ray Kelly, a spokesperson for the Alameda County Sheriff’s Office, which puts on Urban Shield every year, said the decision to host the training on the Point was made with the VA’s “agreement and knowledge.”

“They told us the migration season had ended, and as long as there were no migrating birds, we could use the areas we were in,” he said.

Kelly said that he’d talked to several people who were at the exercise. “They said the birds didn’t seem concerned about the training; it didn’t impact their ability to feed or nest,” he said.

In a phone call several hours later, Kelly said another sergeant had told them there were “no birds there.”

“I think that the county can’t even think of all the things to say they shouldn’t do; it’s like, well, they shouldn’t invite white supremacists to the community fair, or they shouldn’t make them totally war games, or use humanoid figures that are all people of color or Arabs, or have gunmen wear keffiyehs,” Poland said. “You just can’t think of all the guidelines, and this is another example of that.”

Alameda County Supervisor Wilma Chan, who represents Alameda on the board, did not respond for comment for this report.

Trachtenberg believes the repeated problems with Urban Shield could potentially be solved by more community involvement in event planning. “It feels unfortunate that these kinds of controversies or conflicts or incompatibilities emerge after the fact ... several years in a row,” he said. It could help, he said, if community members and others could ask “things like, ‘you sure you want to do an explosive event at a nature reserve? Or any place at all?’ The planning process is heavily weighted by law enforcement, and few others ... get to participate.”

This report originally appeared in our sister publication, Alameda Magazine.