Last week, Governor Jerry Brown signed a little-known bill into law that could allow transit districts like BART to raise substantial amounts of new revenue, and thus avoid labor disputes and strikes in the future. The bill, SB 142, lets transit districts collect assessments on real estate near current and future transit infrastructure. As the Express has previously reported, BART created potentially billions in real estate wealth when the system was originally built, but property owners around the major stations, mostly wealthy San Francisco corporations, didn't contribute any of this windfall back into the public purse. 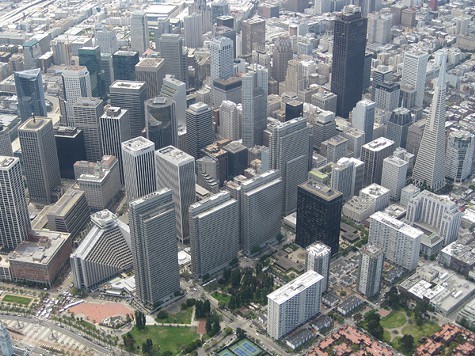 Real estate assessments are designed to capture some of the economic value created when a transit agency builds a new rail station, bus depot, or other form of infrastructure that boosts surrounding land values. The new legislation could recapture some of this publicly created wealth for the agency. SB 142 was authored by East Bay state Senator Mark DeSaulnier. Within DeSaulnier's legislative district are ten BART stations, as well as the planned Livermore expansion.

The good news is that if BART uses this new mechanism to raise revenue the district could add many millions to its coffers. This could alleviate the financial strains on the agency, allowing it to expand the system and pay for operations and maintenance of the current system. These much-needed revenues also would help BART avoid future labor disputes and strikes, and it would take the burden of funding BART off riders and lower income communities. BART would no longer have to rely solely on regressive revenue sources like passenger fares and retail sales taxes.

Furthermore, SB 142 allows transit districts to collect property assessments not only to build new stations, but also to raise funds for maintenance and upgrades of existing stations. That means that BART could raise revenue from property owners around planned future stations, or from around existing stations such as the valuable BART depots along Market Street in downtown San Francisco.

The bad news is that the bill requires property owners to vote in favor of imposing the assessments on themselves before a transit district can collect the funds. SB 142 also bows to antidemocratic rules established in section 53753 of the California Government Code regarding special assessment districts. According to that obscure slice of state law, a transit agency must send ballots to property owners within an assessment district and put the proposed assessment to a vote where money talks the loudest: "the assessment shall not be imposed if the ballots submitted in opposition to the assessment exceed the ballots submitted in favor of the assessment, with ballots weighted according to the proportional financial obligation of the affected property."

In other words, those who own the most valuable property get the most votes. And the wealthier you are, the more your vote counts. Around some BART stations then the question of whether or not property tax owners should give back some of the land value created by BART will rest on the votes of just a handful of major landlords.