Going Camping This Year? Your Tent Likely Has Flame Retardants That Will Rub Off on Your hands

Researchers have identified flame retardants used in manufacture of tents and found that they are likely rubbing off on campers’ hands.

In a small study conducted at a North Carolina campground, ten of eleven tents tested contained flame retardants. Four had the brominated flame retardant known as DecaBDE, making it the most commonly detected additive in the study by Duke University and Boston University researchers. In 2009, industry began phasing out DecaBDE, which is used in some electronics and textiles, because of concerns that it “persists in the environment, potentially causes cancer and may impact brain function,” according to the US Environmental Protection Agency. 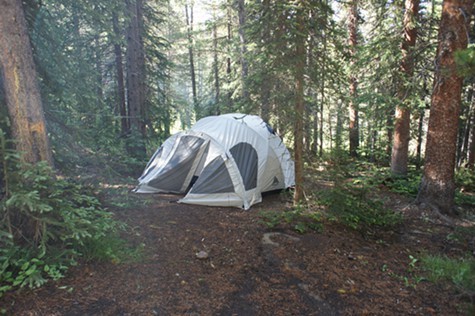 Three tents contained tris (1,3-dichloroisopropyl) phosphate, known as TDCPP or chlorinated tris, which has been used widely as a substitute for phased-out brominated flame retardants. Studies have suggested that it also may harm the developing brain and alter hormones. California has listed it as a probable human carcinogen. A major manufacturer has said it will phase out its use in home furnishings by 2015.

The researchers also found two other flame retardant additives, triphenyl phosphate (TPP) and tetra-bromobisphenol A (TBBPA) in tent samples. Recent studies have suggested that TBBPA may alter estrogen levels and may cause uterine tumors in rodents and heart abnormalities in fish.

“These results suggest that individuals are exposed to flame retardant chemicals following contact with treated textiles,” the authors wrote in the journal Environmental Science & Technology.

The researchers did not take hand wipe samples before assembling the tent, so it’s possible that different sources of exposure could have contributed as well. The chemicals may be ingested through hand-to-mouth contact.

Because many toy tents and tunnels intended for children could contain flame retardants, the authors said studies are needed to determine whether children and pregnant women are exposed.