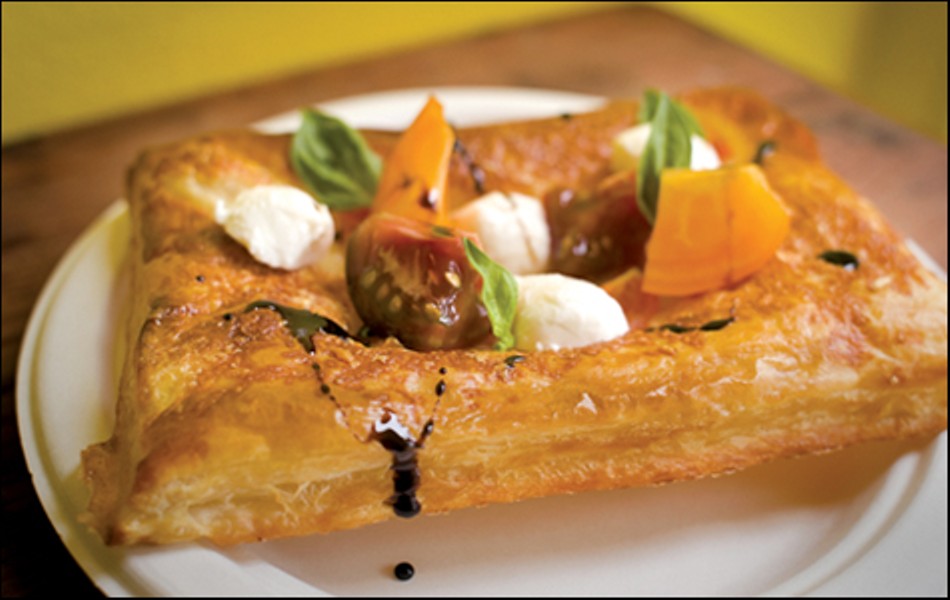 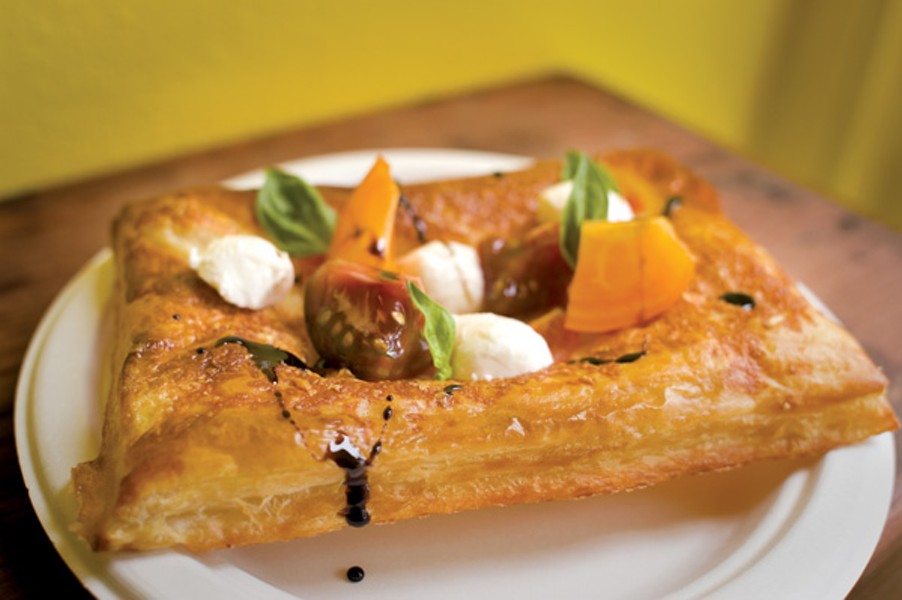 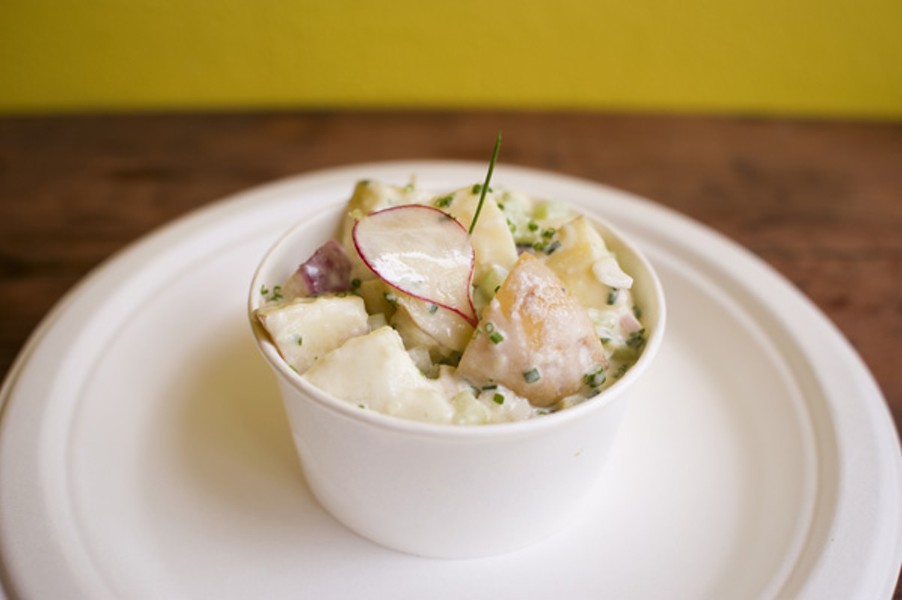 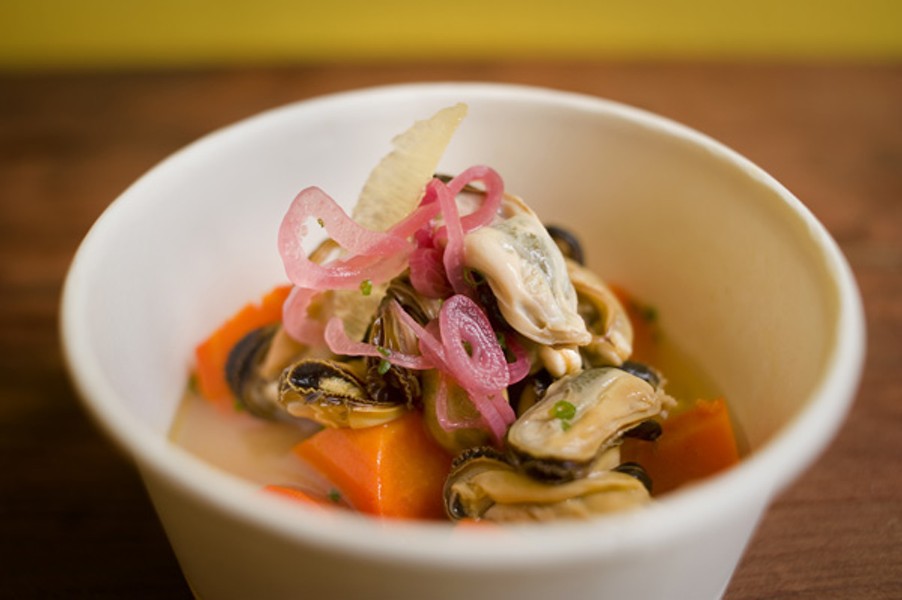 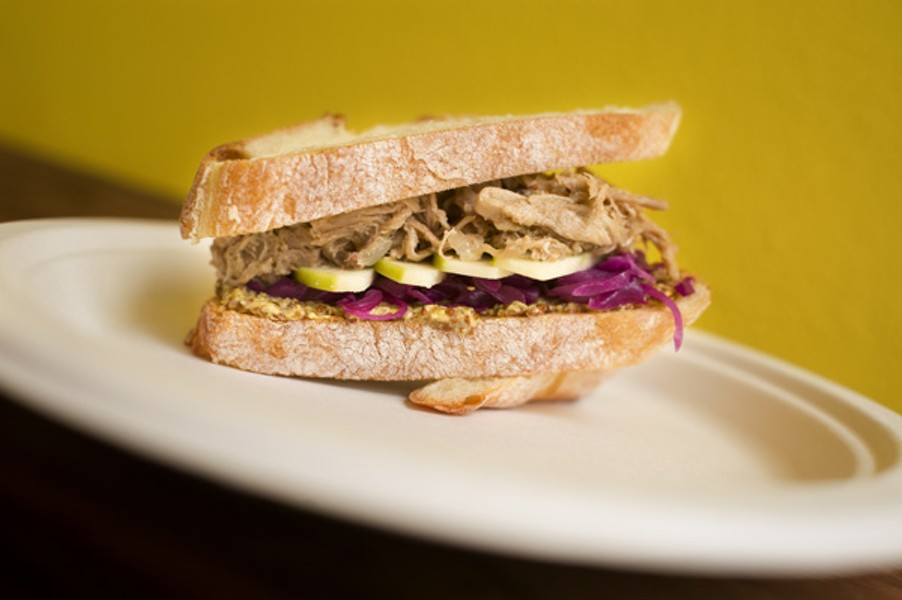 Out-of-towners move to Berkeley for many different reasons, but it's hard to imagine being lured here by bargain-basement prices. Yet that's exactly what happened to Kyle Anderson. The Omaha, Nebraska-born chef had racked up a drool-worthy CV, working at top-rated restaurants including Daniel in New York City and Charlie Trotter's in Chicago, when he decided to open a restaurant of his own. But where? A friend lived in Berkeley, so Anderson came out for a visit.

"The minute I arrived at the Monterey Market, I fell in love with this town," he said. "The price of the produce alone sold me on Berkeley."

The fact that Anderson's Berkeley friend was Christopher Blue made a big difference, too. His artisan confectioner's shop, Chocolatier Blue, crowns the district I dubbed "Gourmet Gulch" in an Express story nine months ago. Now home to not only a world-class candy store but also a German bakery (OctoberFeast), a Dutch cafe (New Amsterdam), a Greek kafeneion (Athineon), a supermarket (Trader Joe's), and a gourmet restaurant whose chef previously worked at Charlie Trotter's (eVe), the Gulch just gained another gourmet restaurant whose chef also previously worked at Trotter's.

"The overhead here is so low. I don't have huge labor costs, and I'm doing almost all the work," explained Anderson, who rushes around his tiny open kitchen nearly nonstop with his lone helper — pouring cream, chopping chives, stirring pots. This is all too rare, he said, in an era during which "you go into a lot of restaurants and the chefs aren't even in the kitchens half the time." To keep things manageable, the menu is small, but might expand in time.

These are sunny memories, of course. As if to mirror a Midwesterner's California dreaming, everything about Slow channels sunshine, from the crème-yellow walls and orange ceiling to the long counters and stools crafted of wood reclaimed from an old railroad tunnel. (The restaurant's interior has no actual tables and thus no table service; you order at the counter. Three alfresco tables also seat customers in a sweet semi-secret passageway out back.) A black-lentil salad invokes France's volcanic Le Puy-en-Velay. Margherita-topped flatbread explodes bite by bite into buttery confetti. It's only fitting, in that slow food is the culinary version of leaving things out in the sun. Bathed in brilliance, they melt, they bask, they bake.

A prime example is Anderson's chicken confit. He cures the young, free-range, antibiotic- and hormone-free birds for a day in salt and generous quantities of lemon zest, thyme, rosemary, and tarragon. Then he poaches them for hours in oil redolent with coriander, black pepper, star anise, and cinnamon — a bouquet that Anderson envisions as hovering somewhere between Thanksgiving and Morocco. The result is almost chocolatey, with hints of the Wild West. The succulent roasted beets and flageolet beans served alongside it are like adorably squabbling siblings: one earnest, the other wild; one deepest garnet, the other bone-white; one almost sweet, the other almost sour. At $11, it's another steal, as is a massive serving of creamy, jade-green, al-dente arugula pesto linguini with fresh mozzarella.

Anderson's creations are a mash-up of science and art. You find yourself trying to indentify their secret ingredients, only to learn that they're often familiar ingredients combined in new ways to comprise radical surprises. Thus the potato salad tastes faintly of marzipan and the flageolets taste vaguely of exotically fruit-flavored jawbreakers — but in a good way.

"Once you've been doing this for a while, you can imagine all the variations in your head, then choose one and tell yourself, 'Yes, that will work.' Ninety-eight percent of the time I'm right."

Clearly he was right about the meatless stuffed Portobello mushroom, which is not very large but is layered with elements that dare to coalesce. Soft roasted eggplant meets earthy, chewy mushroom, topped with sweet-earthy roasted pepper and starchy potato, topped with — of all things — sweet, acidic mango. This dish's cross-cultural 21st-century complexity counterbalances the farm-fresh simplicity of the slightly charred broccoli served alongside it.

Desserts at Slow are limited (although it hardly feels like a limitation) to giant cookies baked by Christopher Blue, along with a warm seasonal cobbler (this season's features transcendent white peaches) so comforting yet so sophisticated, with little constellations of spices pinging here and there, that it's like what your grandmother would give you if you failed the Bar and if your grandmother was Henri Matisse.