'Garry Winogrand: All Things Are Photographable' Is Exhilarating 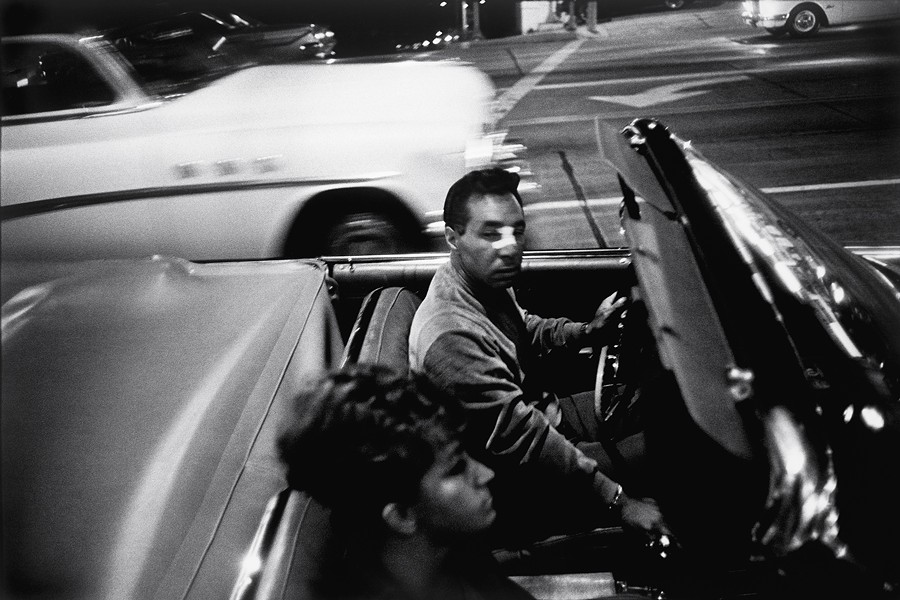 Garry Winogrand was a street photographer in the tradition of Walker Evans, Robert Frank, Diane Arbus, Vivian Maier, and Lee Friedlander. Except that, as shown in the stimulating documentary Garry Winogrand: All Things Are Photographable, he carved out his own unique niche in the art of capturing the sprawl and effervescence of the American urban scene.

As summed up by filmmaker Sasha Waters Freyer (This American Gothic), the massively influential Winogrand was a rough-and-tumble cameraman with a pulpy sensibility that could well have made him controversial if he were around today. In common with the notorious crime photog Weegee, the raspy-voiced Bronx native Winogrand gravitated toward the sensational (read: sexy) in his early work for Look magazine and ad agencies. His often titillating combo of street scenes, showbiz candids, and political news coverage was so popular that he made the move from photojournalism to fine art photography in the 1950s, despite his reputation as an aggressive, macho paparazzo.

Winogrand was often compared to a dancer or an athlete for the physicality of his shots. Mad Men creator Matthew Weiner — who describes Winogrand as a non-assimilated rebel among the "nose-job generation" of American Jews — praises his subject for his "unstaged, unperfected" viewpoint. One of Winogrand's most fervent admirers was John Szarkowski, director of photography at New York's MoMA from 1962 to 1991.

Another champion was San Francisco gallery owner Jeffrey Fraenkel, who repped Winogrand and now compares him onscreen to author Norman Mailer for their shared candid, abrupt style and temperament. SFMOMA curator Erin O'Toole hails the way that Winogrand's photos "make chaos visible." In his reflective moments, the photographer likened himself to the aforementioned Evans — both excelled in the basic art of description. But Freyer doesn't shy away from Winogrand's complications, including charges of male gaze sexism stemming from his 1975 book Women Are Beautiful."

At his death from cancer in 1984, Winogrand left behind 10,000 rolls of undeveloped pictures from among the more than 80 million photographs he took — more than enough to stock an entire Winogrand re-evaluation. In the meantime, Freyer's fast-paced, antsy profile of a man whom curator Szarkowski called "the central photographer of his generation" is here for us to dash through, admiringly. 