Experts say if you want to adopt a pet as a gift for the holidays, just make sure you bring the recipient along in order to find the right match.

Bert Johnson/File photo Cat Town Cafe only allows gift adoptions if the cat gets to have a meet-and greet with its future owner.

Buying a pet for someone special during the holidays can be an understandably tempting idea. After all, pets can be ready-made companions, and many of them are in need of a good home — earlier this year, Oakland Animal Services was at 200-percent capacity. But animal welfare advocates warn that without proper research and preparation, adopting a pet as a gift can quickly turn into a nightmare, especially if you haven't done your research.

Luckily, the Bay Area is brimming with information and adoption centers. The general consensus among advocates is that the best — and most humane — place to get a cuddly friend is from Oakland Animal Services (29th Ave, Oakland) or through a shelter that works with the organization. However, and perhaps surprisingly, many rescue organizations have policies in place to protect animals from would-be gift givers. According to the SPCA, there's a longstanding belief that "animals who aren't chosen specifically by their new owners may be considered less valuable" and then returned — or worse — abandoned. Some shelters even report an uptick in the number of animals admitted directly after the holidays, likely due to that very scenario. As a result, many pet adoption organizations say that if you want to adopt a pet as a gift, make sure you bring the recipient with you when actually select the pet.

Adoption shelter Cat Town Cafe (2869 Broadway) has such a safeguard policy in place to protect both the animal and the recipient. "We want both parties to participate in the choice," said Anne Dunn, founder and executive director. "It's matchmaking, you know? You want there to be a connection." 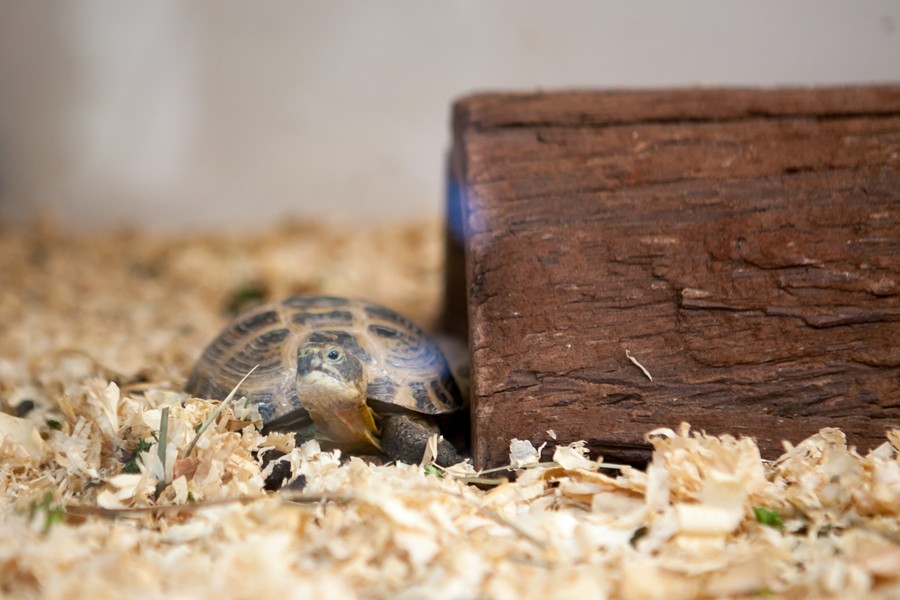 Cat Town does not authorize adoptions if the cat has not had a meet-and-greet with its future owner. Although this may seem like a roadblock for gift-givers, Dunn said it actually works in their favor — especially when the recipient is a child. Too often, parents who give their youngster a pet find that the new addition doesn't have a kid-friendly temperament, but then it's too late. In these situations, the pet is often returned or the child is left disappointed. To avoid this, wrapping a collar or a pet-themed gift basket can give kids something festive to open, and a trip to the pet shop can take place soon after.

For the joyous occasions when families do come in together to adopt a pet, Dunn has another nugget of wisdom: "Get the cat you want, not the cat you think you should get." For people who desperately want a kitten but feel guilty about not adopting an older pet, here is your reprieve: Dunn said kittens are vulnerable populations at shelters, and as such, they need adoption just as much as their two- or three-year-old neighbors. The same also goes for other baby animals that make their way through shelters, including bunnies and puppies.

Aside from Cat Town Cafe, other rescue organizations that work directly with Oakland Animal Services have stations at PetFood Express (PetFoodExpress.com) outlets on the weekends, allowing for easy access in a number of neighborhoods. Not to be outdone, the East Bay SPCA (8323 Baldwin St., Oakland, EastBaySPCA.org) also houses an adoption center, with training classes and educational sessions to boot. The intake records at the advocacy organization show that a total of 3,255 cats and dogs were brought to shelters in 2014, so there are plenty of worthy pets to choose from. Still, bringing new life into your home won't come cheap. Including spay and neutering services, adopting an animal from one of these locations will likely cost hundreds of dollars.

For someone who prefers pets of a more creepy-crawly variety, the East Bay Vivarium (1827 5th St., Berkeley) is a mecca. The New York Times once reported that the shop was "the strangest attraction in Berkeley," and for good reason: The Vivarium is teeming with aquatic and reptilian life from floor to ceiling.

For novice reptile owners, vivarium co-owner Owen Maercks recommends getting your feet wet with corn snakes ($200 with equipment), leopard geckos ($100–$150 with equipment) and bearded dragons ($200–$300 with equipment). Those pets, he said, are the right combination of being low maintenance, docile, and easy on the eyes. He stridently discourages some other pets, such as water tortoises, for young and new owners of reptiles. ("Because parents usually want their kid to keep all their fingers," he said with a laugh.) Vegetarian land tortoises ($100–$300) provide a nice alternative and can potentially stay with a child for a long time.

No matter what reptile you choose, Maercks said you're in the wrong place if you're looking for a pet that the recipient can form a deep, mutual connection with. "With cats and dogs, you're getting a substitute baby," said Maercks, who has been working with reptiles for more than 35 years. "These animals are not babies. The allure of reptiles is that they are alien, and for a lot of us — particularly a lot of us in the Bay Area — that's a very exciting thing."

Like Dunn, Maercks is adamant that the pet owners come to the store to pick out the new addition to their family. Otherwise, he said, the gift recipient is missing out on an adventure and a memory that could last a lifetime. "By and large, giving someone a pet that they haven't chosen is a really bad idea," he said, standing in front what has to be the most goliath snake in Berkeley. "This is something that will be with the person for five, ten, thirty years or more. Make an adventure out of it to choose the right pet together."