From Seafood to Shakespeare

A guide to popular and lesser-known East Bay festivals 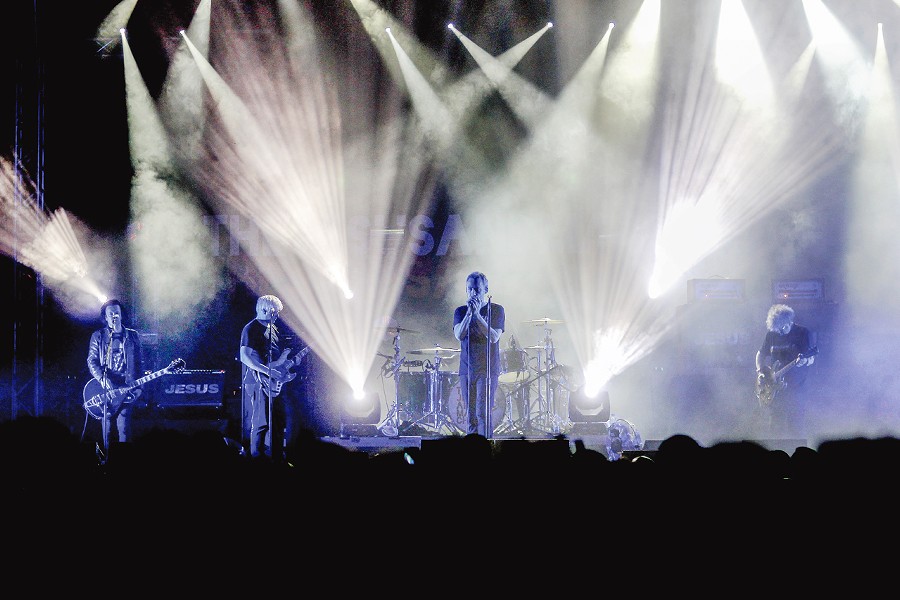 Berkeley Kite Festival Kids may get ahold of smart phones at younger and younger ages, but nothing will detract from the simple childhood pleasure of flying a kite. The Berkeley Kite Festival, "where earth, wind, and sky combine to create an unequaled festival experience," does much to honor and preserve the art of kite flying. Festival highlights include a giant kite expo (some kites reach sizes as large as a school bus); performances by the Sode-cho Kite-Flying Society of Hamamatsu, Japan; and a free candy drop. For the uninitiated, there also will be free kite making and flying lessons. Children who operate at a different speed can look forward to bounce houses, pony rides, a petting zoo, and face painting. This 30-year-old East Bay tradition truly is a kids' summer paradise. July 27-28, 10 a.m.-6 p.m., free, Berkeley Marina, 510-235-5483, HighlineKites.com

Art & Soul Oakland For the 19th year in a row, Downtown Oakland will transform into a kaleidoscope of revelry to celebrate the music, dance, and food of Oakland and beyond. The festival's MainStage, one of three stages showcasing East Bay musicians, will feature major ensemble groups including Jazz Mafia, Alphabet Rockers, Lyrics Born, and the beloved sibling group The Pointer Sisters. If you need a change of pace, head over to the Plaza Stage to watch an urban dance competition and a variety of performances by world dance ensembles. Art & Soul Oakland is also a great opportunity to support local artists and restaurants. It hosts the Artisan Marketplace where local artists sell jewelry, paintings, home furnishings and other handmade goods and an eclectic array of food vendors. Drink selections from One Flock Wines and Drakes Brewery will also be available. July 27-28, 12 p.m.-6 p.m., $6-$18, 12th & Jefferson, Oakland, ArtandSoulOakland.com

Lakefest Oakland 2019 Lake Merritt is a perennial hotspot for East Bay residents to kick back in the summer. Lakefest Oakland takes leisure time to another level though. The festival is divided into five distinct "zones." Start your day off right in the Healthzone where you can stock up on all of your favorite health and wellness products from specialty vendors after stretching it out in a free yoga class. Reward your good deeds with a lakeside cocktail or craft beer from the festival Biergarten and a world food selection from the Foodzone. Then, depending on where you are in life, either indulge your curiosity about tech companies from across the Bay Area at the Techzone, or brave the Kidzone, where children have free admission to bounce houses and obstacle courses. Hundreds of vendors and thousands of attendees are expected to descend on Adams Point District, so be sure to pace yourself. June 22, 11 a.m.-8 p.m., free, Lake Merritt Boating Center, 568 Bellevue Avenue, Oakland, LakesofOakland.com

Burger Boogaloo Burger Record's two-day showcase of punk, post-punk, and retro-inspired acts is turning 10 this year. To help celebrate a decade of Boogaloo, filmmaker John Waters, the creative genius behind such cult classics as Hairspray, Pink Flamingos, and Female Trouble, will be hosting for the fifth year in a row. This year's bill is reminiscent of that really awesome mix-tape that your cool lab partner made for you in 1985. The Jesus and Mary Chain, and classic punk rockers of the CBGB era, Dead Boys, are to headline. Hosted on Independence Day weekend, this anniversary festival is guaranteed to bring out thousands of leather-clad, fishnet wearing, self-described misfits to Oakland's Mosswood Park. July 6-7, various times, $6.90-$199, Mosswood Park, 3612 Webster St., Oakland, BurgerBoogaloo.com

Livermore Shakespeare Festival Love. Honor. Betrayal. Bugspray. This summer, hobnob with the Bay Area's literary aficionados with some Shakespeare in the park. Every year, Shakespeare's Associates brings the Immortal Bard's works to life on the picturesque lawn of the Wente Vineyard. This season will feature its rendition of Othello as well as an original program titled The Complete Works of William Shakespeare. Billed as "irreverent, hilarious, and insane," this parody piece offers up a bawdy send-up of all of Shakespeare's plays. The shows only run for 10 nights each so be sure to get your tickets in advance. July 3-Aug. 4, 7:30 p.m., $18-$53, Wente Vineyards Estate Winery and Tasting Room, 5565 Tesla Rd., Livermore, 925-443-2273, LivermoreShakes.org

Girl Gang Craft Imagine if all of your favorite Etsy stores leapt out of your computer screen and met up IRL under the same roof. Peruse the work of more than 120 womxn, trans, and non-binary creatives at this pop-up craft fair. Girl Gang Craft (GGC) is a project from a larger group of the same name that strives to provide resources, know-how, and event spaces for female artists. In keeping up with its commitment to feminism, GGC pledges to donate 10 percent of all sales of its line of uterus-themed designs, including pins and totes, to Planned Parenthood. Whether its handpicked vintage pieces from Curvy Girl Vintage, rustic-chic pottery from Alexandra Barao Ceramics, or small batch candles from the Artisan Collective, there will be something for every member of your girl gang at this event. June 22, 12 p.m.-6 p.m., free, Oakland Scottish Rite Center, 1547 Lakeside Drive, Oakland, GirlGangCraft.com

Pittsburg Seafood and Music Festival The Seafood and Music Festival returns to the Marina once again to celebrate the rich fishing history of the city of Pittsburg. True to its name, this event is guaranteed to satisfy your summer cravings for seafood: gumbos, oysters, lobster rolls, jambalaya, calamari, paella, and even alligator and other exotic bites are on the menu. If your appetite leans more turf than surf, fear not. With 200 individual restaurant booths displaying all the best cuisine Pittsburg has to offer, organizers make certain that nobody will walk away with an empty stomach. While the event is primarily food-centric and aims to promote the seafood industry on the Northern coast, organizers have also arranged free entertainment options for every member of the family. Crack open a cold one while watching NFL football in the Beer Pavilion or sip on some wine in between trips to the dance floor in the Wine Pavilion. For younger seafood enthusiasts, there will be waterfront seating for Jet Ski demos and local band showcases, as well as a carnival zone. Sept. 7-8, various times, free, Pittsburg Marina, 200 Marina Blvd., Pittsburg, 925-432-7301, PittsburgSeafoodAndMusicFestival.com

Halal Food & EID Festival Make your way to Fremont's Town Fair Plaza on June 29 to behold America's largest halal festival. What is "halal" you might ask? It is the Arabic word for "permissible" and is the dietary code that specifies how meats that are safe for consumption according to Islamic text are to be blessed and prepared. Meats prepared in the halal fashion, including chicken, beef, lamb and goat, are the focal point of many delicious dishes that have gained mainstream popularity in the United States, such as gyros and falafel. This event, a collaboration between an informal group of American Muslims, local restaurants, and corporate partners, will bring together the halal cuisine of India, Pakistan, Africa, the Middle East, and the Mediterranean all in one place. With all the tempting options, you're guaranteed to be full. Stave off a food coma an hour longer by browsing the festival's large outdoor bazaar where vendors will be selling clothing, jewelry, artwork, and toys from around the world. June 29, 12 p.m.-10:30 p.m., free, The Town Fair Plaza, 39100 State St., Fremont, 408-509-7965, HalalFest.com

Alameda Summer Art Fair We all know that it's the Bay Area's artists that make our cities exceptional. Give back to the community that brings so much life to ours by checking out the Alameda Summer Art Fair, where emerging talents and established artists alike will give live demos of painting, sketching, sculpture. The East Bay's many performing artists will also be represented through music, poetry, and performance art acts. Introduce the young artists in the family to the East Bay's art community by entering the 2019 Coloring Contest. The Island Alliance of the Arts will post six designs by local artists on the fair's website over the coming weeks. Kids can then print out the designs, work their artistic magic, and submit their piece at the fair to be eligible for a prize. July 7, 10 a.m.-6 p.m., free, Studio 23 Gallery, 2309 Encinal Avenue, Alameda, AlamedaArtFair.com 