Dry lightning could return this weekend 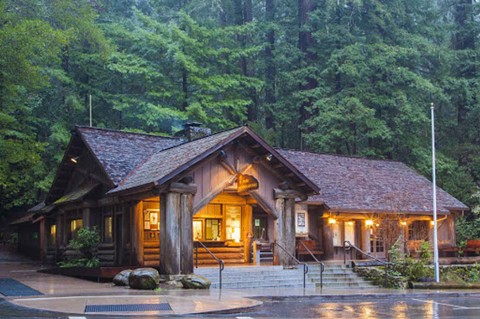 2. A weather pattern that brought lightning to the Bay Area last weekend could return in the next few days, the San Francisco Chronicle reports. The spate of dry lightning last Sunday morning is blamed for the wildfires raging across the region. $$

3. The Big Basin Redwoods State Park in Santa Cruz County suffered extensive damage from the wildfires, the Los Angeles Times reports. The Big Basin Headquarters and Visitors Center was burned to the ground. The state park is the oldest in California.

5. Richmond Police Sgt. Virgil Thomas died from complications related to covid-19, the East Bay Times reports. A 24-year veteran of the department, Thomas reportedly was infected by covid-19 while on the job. $$

6. The jobs recovery in the Bay Area last month continues to show improvement, but was far less robust than in June. Roughly 21,200 jobs in the Bay Area were created in July, including 1,600 in the East Bay, the East Bay Times reports. Statewide, the unemployment rate dropped in July from 14.9 percent to 13.3 percent. $$

7. The Warriors received the second pick in the NBA Draft on Thursday, SFGate reports. But the talent-laden former champs appear to be seriously considering trading the pick.