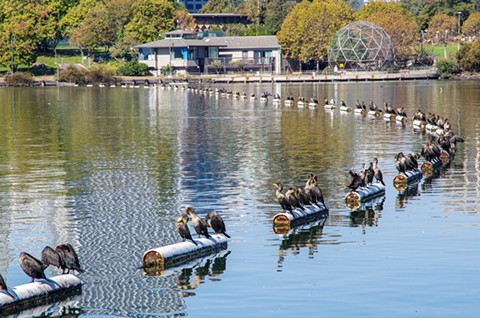 2. Oakland is closing five more miles of city streets to cars, SFGate reports. The program is intended to give pedestrians and cyclists more space to social distance. "Here is a list of the new "slow streets."

3. The national unemployment rate is a shocking 14.7 percent following a jobs report that showed 20.5 million Americans lost their jobs in April, CNN reports.

5. Elon Musk is not only pushing the limits of civilian space travel, but also Alameda County's patience. The Tesla electric car factory in Fremont is again making an attempt to reopen despite the county's shelter in place order, SFGate reports. An email to Tesla workers said they planned to reopen the factory today.

6. The Alameda County Fair is canceled due to covid-19, fair officials announced on Thursday, according to KPIX. The cancellation is the first in the fair's 108-year history.

7. Camp Galileo, a popular summer camp program based in Oakland has filed for bankruptcy, the San Francisco Chronicle reports. The company, which runs a number of camps in the Bay Area, made the move because of the covid-19 pandemic. $$