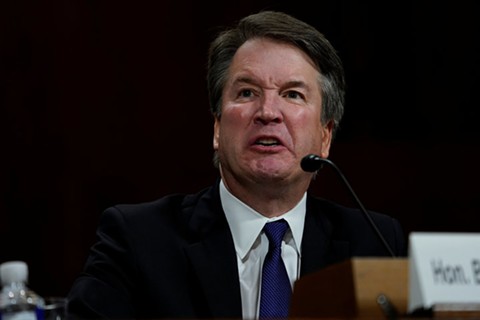 1. The U.S. Senate, with the help of a red-state Democrat, voted 51-49 to move forward with the confirmation of Judge Brett Kavanaugh, despite the multiple allegations of sexual misconduct lodged against him. Sen. Joe Manchin, D-WV, voted with Republicans to advance Kavanaugh’s nomination to a final vote scheduled for tomorrow. Republican Sen. Lisa Murkowski voted “no” on Kavanaugh. Manchin and Republican Susan Collins of Maine, who also voted to advance the nomination, have yet to disclose whether they will actually vote in favor of Kavanaugh’s nomination.

2. Oakland’s Camino restaurant on Grand Avenue, which is perennially considered to be one of the best eateries in The Town, plans to close in December after 10 years in business, reports Justin Phillips of the San Francisco Chronicle$.

3. The Bay Area had the greatest income disparity between newcomers and people displaced in the nation from 2010 and 2016, as large numbers of low-income moved out of the region and were replaced by wealthier newcomers, reports Louis Hansen of the Mercury News$, citing a new study by BuildZoom and UC Berkeley. “The rising cost of housing is driving low-income workers out of the Bay Area into cheaper, nearby communities, while higher income workers are migrating in. Researchers say high housing costs have hit minority communities, including Black and Hispanic residents, hardest.”

4. Mattress Firm is filing for Chapter 11 bankruptcy and plans to close 700 stores nationwide, reports Paul Takahashi of the San Francisco Chronicle. The mattress chain has $3.2 billion in debt and “acknowledged that it operates too many stores after a spate of acquisitions in recent years.”

5. And UC Davis and the U.S. Environmental Protection Agency have reached a $14 million legal settlement for the campus to finish cleaning up Superfund site at which the school irradiated beagles during the Cold War, reports Dale Kasler of the Sacramento Bee$.