Plus, the Trump administration rolls back birth control protections. 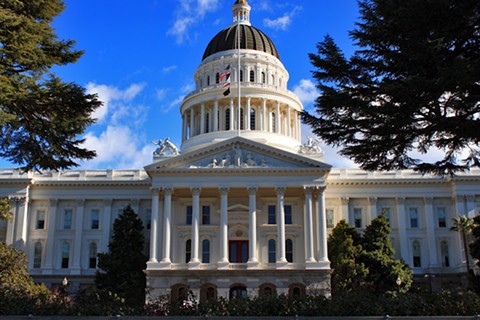 1. Gov. Jerry Brown signed a package of legislation designed to protect undocumented immigrants, including a bill that will make California a sanctuary state in 2018, reports Jazmine Ulloa of the LA Times$. The new law will largely prohibit local law enforcement agencies from assisting in federal anti-immigration efforts, although the legislation is not as strong as many activists had wanted. Brown also signed a bill that bans landlords from threatening immigrant tenants with deportation.

2. State Auditor Elaine Howle ripped Gov. Jerry Brown's water tunnels plan in a new report, saying the state has failed to explain how the $17 billion project will be financed and that California water officials illegally awarded a no-bid multimillion-dollar consultancy deal to an unqualified contractor, reports Paul Rogers of the Mercury News$. Brown’s controversial plan took a big hit last month when the giant Westlands Water District, which was expected to pay $3 billion toward the tunnels’ project, voted against it.

3. The Trump administration rolled back birth control protections under Obamacare, saying employers can deny women health care coverage for contraception on moral or religious grounds, the Washington Post$ reports. The move is part of President Trump’s effort to undermine the Affordable Care Act and dismantle parts of it.

4. In a surprise move, the National Rifle Association, which normally fiercely resists any gun control proposals, joined with the Trump White House in saying that its open to restricting the sale of so-called “bump stock” devices like the ones used by the Las Vegas mass shooter, the AP reports (via SFGate.com). Gunman Stephen Paddock used bump stocks to turn his semiautomatic weapons into mass killing machines.

7. The state Commission on Judicial Performance publicly rebuked Alameda County Court Commissioner Mark Kliszewski for repeatedly making inappropriate comments about a court interpreter in public and for allowing “court staff members to routinely make offensive and inappropriate comments, some of which related to race, gender, and sexual conduct, in the courtroom when court was not in session,” when he was assigned to the juvenile division, reports Angela Ruggiero of the East Bay Times$.

8. And alt-right provocateur Milo Yiannopoulos repeatedly solicited advice from prominent white supremacists and neo-Nazis on what to write about when he we worked for the conservative website Breitbart, reports Joseph Bernstein of BuzzFeed News, in an investigation.