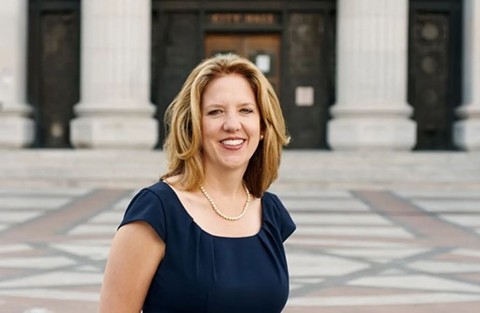 1. "The good news: California has an $18 billion rainy day fund, the biggest in its history. The bad news: It’s likely gone, with cuts looming on the horizon," Calmatters reports. California is likely heading toward a deep recession, a legislative analyst told a state Senate budget subcommittee on Thursday.

2. Oakland City Auditor Courtney Ruby said the city's finances are stable at this time, but warned city officials to move quickly to address mounting unfunded liabilities, and other areas of its budget, before it's too late, the East Bay Times reports. $$

3. The pandemic has caused the state's unemployment rate to increase from 3.9 percent to 5.3 percent, but is likely higher since the survey was only compiled through Mar. 12, the Los Angeles Times reports. Over the past month, roughly 2.7 million Californians have applied for unemployment benefits. In the Bay Area, more than 27,000 have lost their job last month. $$

4. Oakland Airport is reporting a nearly 60 percent decline in passengers in March, the East Bay Times reports. The March numbers, which include roughly half of the month under shelter in place orders, fell from 1.1 million passengers to 452,000.

5. Alameda County passed 1,000 confirmed cases of covid-19 on Wednesday, but antibody testing of 3,300 people conducted by Stanford researchers finds the actually number for municipalities could be as high as 50 times greater, SFGate reports.

6. Contra Costa County is among the Bay Area counties that will make it mandatory for residents to wear protective masks when working or visiting essential businesses, such as grocery stores, and riding public transportation, the East Bay Times reports. In Alameda County, Fremont made the same move on Thursday.